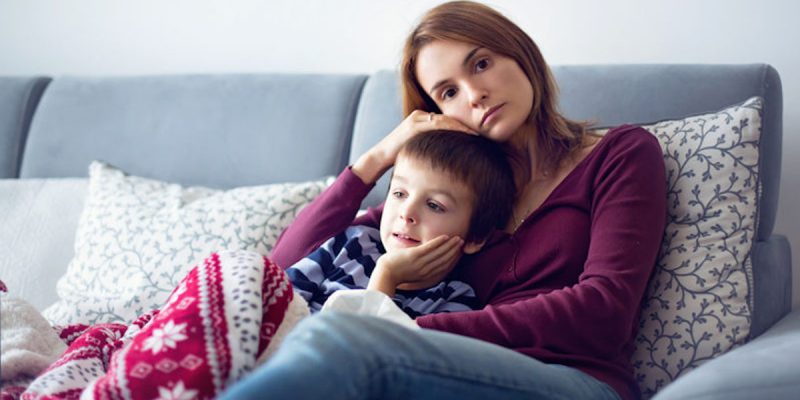 Modern life is, as is said, a riddle wrapped in an enigma. Like an onion, as we unwrap the layers of the enigma we find not to our surprise evermore layers on top of layers.

One of the biggest riddles in my legislative world is Early Childhood Education, but even this simple expression is not what it appears. When I was young, neither my mother nor her peers worked. World War II dominated the thinking of the generation before she married and during the war many women worked. But my mother and her generation were post-war brides and by then women had dropped out of the workforce in order to make room for the millions of returning male veterans. Simply put, there was enough work for one parent but not for two, and so women fell back into that role that was theirs since time immemorial. My mother’s career was rearing three children and taking care of her husband and that was perfectly fine by her and her friends.

Flash forward sixty years and our society has changed. Perhaps most striking is the societal change in what is and is not acceptable as far as family structure is concerned. In my mother’s time single mothers or fathers raising children (except in the case of widows or widowers) was just not acceptable. In fact that sort of family structure was considered to be downright immoral by the social mores of that time. Not so today, single fathers or mothers raising children is perfectly acceptable in our modern society.

Though we are generally accepting of these family structures there is an economic penalty to be paid. Sixty years ago through the efforts of a single bread winner there was sufficient income available to raise a family. In those days the world’s economy was recovering from World War II and the US was generating massive numbers of high-wage manufacturing jobs. Not so today, with the decline of US manufacturing has come a serious obstacle to entry into the middle class. Today generally it is extraordinarily difficult to create family wealth through the employment of only a single parent. So coupled with a social acceptance of single-parent families has come ever-increasing poverty which like our onion adds ever growing layers of social support provided by the government. In fact Congressional studies suggest that social support for a single person can be equated to as much as the equivalent of $50,000 of private sector income. My parents could never have understood such things, but this is where we are today.

So let’s unwrap a few more layers of our enigma. Single-parent families are not by far the only cause of poverty. We have already mentioned a changed economy and the resulting loss of middle-class-creating manufacturing jobs. Further, in our modern world there are still many good-paying jobs but these require high education attainment and/or skills that many of our citizens do not possess. This is another significant result of a society that has to find a new steady state in a changing worldwide economy.

So now we get down to the layer that comprises Early Childhood Education. In actuality this is two layers; Early Childhood Education but also Early Childhood Care. We already know that large numbers of mostly poor children are simply unable to get from their home settings enough or even any educational or social support. Some may have to make do with single parents who may not be able to lend that support or who even aren’t around. But others may also have to do with a whole spectrum of other problems.

So now in an age of so many single parents, some working and some not, and low income multi-parent families we find that we need a new kind of education support just to get many children to a level from which they are ready to start Kindergarten. But at the same time, in the case of those who do work, child care has become just as important.

So we have finally gotten to our riddle in two parts wrapped in that enigma. The riddle is how do we prepare our youngest to even be ready to receive an education and how do we make it possible for parents to work if they want to and can. The enigma is how to do so in a time when full-time parenting is not the norm nor, because of lower expectations of economic opportunity, is it even practical.

I am one who believes that social support emanating from government cannot possibly be a good thing. But at the same time I am convinced that in order to end government dependency parents must work and become self-sufficient. So how do they work if they have no other option than to be with their children? How do we ever expect to break the poverty cycle unless we get children educated to a level that far exceeds that that their parents achieved?

I am not naïve enough to really believe that our society will suddenly reject today’s standards and implement those of my mother’s generation. Nor do I believe that poor people will stop having children even if they have no intent to build a traditional family. So reluctantly I have come to the conclusion that some form of Early Childhood Education and Care has become a fundamental priority of state government. The only other option is accept the status quo in which we are failing to educate and failing to install moral and ethical standards.

Will we always be saddled with a segment of our society that will depend on government for the basics that a strong family offers? Sadly I believe that we will and in order to limit this condition we must start implementing strategies to make government dependency far less attractive than it is today. At the same time we must create an economy that allows people to escape the clutches of government programs. In the meantime we simply cannot abandon generations of future citizens to ignorance, poverty , crime, and a whole list of other social ills.

The only way that I see to shape a better outcome for these poor children is to insert government into the family equation and provide Early Childhood Education and Care. Hopefully this will create a diminishing demand for evermore government support but I would not gamble on that.