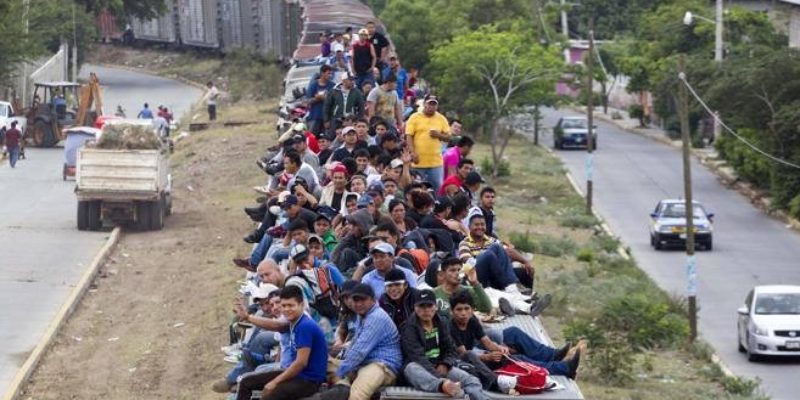 A new measure has been taken to patch up the porous asylum program that has long been abused to gain entry into the United States. DOJ and DHS have issued a new asylum rule that will aim to swiftly deal with applicants unfit for asylum.

“Acting Attorney General Matthew Whitaker and Department of Homeland Security Secretary Kirstjen Nielsen today announced an Interim Final Rule declaring that those aliens who contravene a presidential suspension or limitation on entry into the United States through the southern border with Mexico issued under section 212(f) or 215(a)(1) of the Immigration and Nationality Act (INA) will be rendered ineligible for asylum,” according to the Department of Justice.

This effectively makes use of Executive authority over immigration practices. Immigration is one area of policy that the President has as close to complete authority over if he wishes to act. The President may restrict any aspect of entry into the country, or entry entirely, if it is thought to be in the interest of national security.

A statement was released by the Acting Attorney General acknowledging this to be true.

“Consistent with our immigration laws, the President has the broad authority to suspend or restrict the entry of aliens into the United States if he determines it to be in the national interest to do so. Today’s rule applies this important principle to aliens who violate such a suspension or restriction regarding the southern border imposed by the President by invoking an express authority provided by Congress to restrict eligibility for asylum.  Our asylum system is overwhelmed with too many meritless asylum claims from aliens who place a tremendous burden on our resources, preventing us from being able to expeditiously grant asylum to those who truly deserve it. Today, we are using the authority granted to us by Congress to bar aliens who violate a Presidential suspension of entry or other restriction from asylum eligibility.”

It is clear the range of authority that the President has to restrict any and all immigration to the country. In Section 212(f) of the Immigration and INA, it states “whenever the President finds that the entry of any aliens or of any class of aliens into the United States would be detrimental to the interests of the United States, he may by proclamation, and for such period as he shall deem necessary, suspend the entry of all aliens or any class of aliens as immigrants or nonimmigrants, or impose on the entry of aliens any restrictions he may deem to be appropriate.”

Thus, the new asylum rule is right within the President’s jurisdiction. It is worthy of speculation that this may be the first of such new restrictions the President is to instill.

With a lose of the House, immigration legislation in line with the President’s agenda is off the table. The reality of at least two years of dealing with a stalemate in the House is upon Trump. When it comes to immigration, he has the ability to shut it down entirely if it was deemed to be in the interest of the nation. Such a substantial move may not be thought necessary, but minor moves trending in that direction have already begun.

Interested in more national news? We've got you covered! See More National News
Previous Article The Voting Felon Mess Is An Example Of How Louisiana Government Dysfunction Isn’t Getting Better
Next Article Veteran political reporter ousted at Houston Chronicle for making up sources