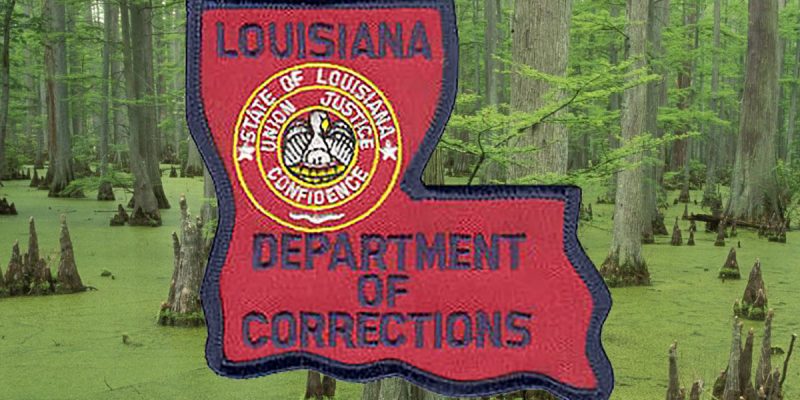 The “voting felon” in this case is Robert Myer, who used to be the mayor of New Roads before he was forced out of office for having been convicted of a felony malfeasance charge (Myer pled no contest to the charge and was placed on probation).

Thursday, WBRZ’s Chris Nakamoto had the story of Myer trundling off to the polls when he shouldn’t have been eligible, plus there’s a fun little twist to the tale given who Myer’s related to…

In the eyes of the court, a no contest plea is similar to a guilty plea but protects the criminal from civil liability.

Myer voted because his name was not included on a list of people who are banned from voting. It’s a perplexing issue – one that election regulators in Pointe Coupee Parish where he voted blame on a communication breakdown from state authorities.

The Secretary of State said it receives a monthly list from the Department of Corrections of felons who are ineligible to vote. The Secretary of State’s Office said Friday, it believes Myer – under the supervision of the state prisons department as being on probation – should have been on that list.

“If you’re on felony probation or if you are a convicted felon…you are not allowed to vote,” Sheriff Bud Torres told WBRZ. He said he has asked the area district attorney to investigate.

Calls for such reached higher levels of government when the Secretary of State’s Office frustratingly pushed the governor’s office to figure out how such a communication breakdown happened.

“Mr. Robert Myer… may have illegally cast a ballot in the recent midterm election,” Secretary of State Kyle Ardoin wrote to Governor John Bel Edwards. “An initial investigation… determined that the Louisiana Department of Corrections failed to report any felony conviction of Mr. Robert Myer.”

Prisons officials said Myer completed his probation early – citing a rule that allows for good time probation and Myer completed his in July. Although, sentencing documents signed by a judge last year ordered no change in Myer’s status until a hearing exactly a year from him being sentenced.

Local authorities and the state elections chief were concerned, though, because of Myer’s connections. His brother is a deputy secretary at the Department of Corrections.

Ardoin referenced the concern in his letter to the governor.

“I am calling on your office to fully investigate to determine if this error occurred due to negligence or if there were preferential treatment given by a high ranking official within the [Department of Corrections] who may be related to Mr. Robert Myer.”

That would be Malcolm Myer, who is the Deputy Secretary of Corrections – having been appointed to that position in 2016 by Gov. John Bel Edwards. Myer’s been around for a long time – he at one point was the state director for John Breaux when the latter was a U.S. Senator, and he’s had jobs in the state bureaucracy for five different governors. And now he’s a big shot in D.O.C. who one presumes could use his influence to get his brother back on the voting rolls no matter what the state law says. So you can decide for yourself whether this is basic incompetence or flagrant corruption.

There was some question here about how illegal this was, because based on a new law passed at this year’s legislative session Myer’s voting could conceivably have been legal. If you’ll recall, there was a bill filed by Rep. Pat Smith which would have let felons back on to the voter rolls while they’re on probation. Smith’s bill passed – it shouldn’t – and it might have allowed Myer to vote except for the fact that it had a five-year waiting period for restoration of voting rights, and in this case Myer is far less than five years after going on probation. He pled no contest to that felony charge back in January of this year.

In a follow-up story, Nakamoto talked again with the Secretary of State’s office and they’re no happier about this than they were last week…

Ardoin said if DOC had done their jobs they would have been notified between January and June that he was ineligible. Myer would have needed to re-register to vote and provide documentation that he fulfilled his probation and paid all restitution. That was not done.

Ardoin said it’s concerning that this happened and is concerning that Myer happens to be closely tied to the deputy secretary of the agency that didn’t do what it was supposed to. He wants to make sure that this doesn’t happen again.

Ardoin isn’t alone. The Attorney General’s office is bent out of shape about this case as well, and they’re also asking questions. AG Jeff Landry’s political action committee, Citizens For Louisiana Job Creators, put out a rip-roaring press release on the subject…

Over the weekend, WBRZ Television station in Baton Rouge broke the story that convicted felon, and former mayor of New Roads Robert Myer, voted in the recent federal elections.

If this doesn’t sound right, it’s because it is not!

It is illegal for convicted felons to vote…even if the Governor’s political appointees try and allow it. As reported by WBRZ, under the leadership of Secretary of State Kyle Ardoin, prior to every election, he receives a list from the Department of Corrections of criminals who are not eligible to vote. Robert Myer’s name was not on that list. Governor Edwards’ political appointee Malcolm Myer, Assistant Secretary at the Department of Corrections, and the brother of Robert Myer, did not send the felon’s name to Secretary Ardoin.

This really ought to be a major story, but so far neither the Baton Rouge Advocate nor the New Orleans Times-Picayune has taken any interest. Baton Rouge’s other big news station WAFB actually had a story about it but pulled that piece down on Friday, we’re told due to pushback from the governor’s office.

Which should tell you something about the press coverage of this administration and how that ties into its approval rating with the people of Louisiana.

Let’s hope this week this story finally piques the curiosity of Louisiana’s major media and there’s an effort to see whether Myer isn’t the only felon with political connections who got to illegally vote in Louisiana this fall.

Interested in more news from Louisiana? We've got you covered! See More Louisiana News
Previous Article Lawmakers file nearly 400 bills before lunch on Monday for new session
Next Article The Saints Hope They’ll Have Better Luck With Brandon Marshall Than They Did With Dez Bryant