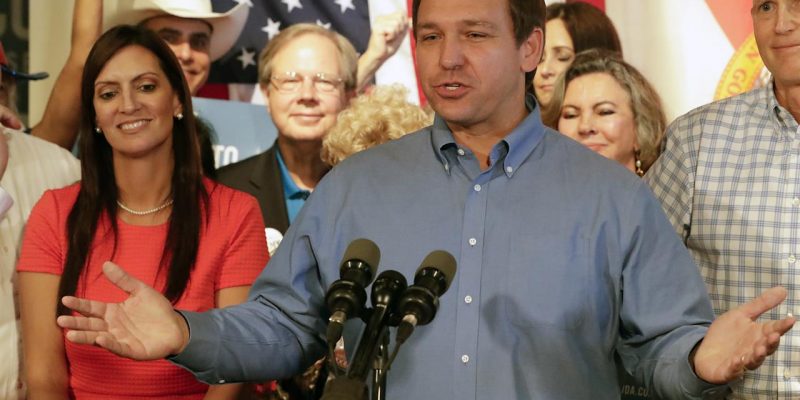 DeSantis pledged not to raise taxes and expressed commitment to grow Florida’s economy. He will be a Republican holding the governorship in Florida for the 21st straight year.

DeSantis, 39, a three-term Congressman and Navy Iraq War veteran, overcame a perceived “charisma deficit” to defeat Gillum in a race where most pundits and pollsters said he was behind.

DeSantis won 49.87 percent and 4,015,047 million votes to Gillum’s 48.91 percent and 3,937,929 million votes, according to preliminary numbers compiled by the state’s Division of Elections. Navy veteran DeSantis became the sixth straight Republican and 46th governor of Florida.

“As governor, I will make sure Florida remains a low-tax state,” DeSantis vowed in his victory speech. “We will hold people in government accountable and protect taxpayer dollars. Come invest in Florida, please – know we remain open for business and we will save you a lot of money in taxes if you bring your business to Florida.”

DeSantis thanked Trump “for standing by me when it wasn’t necessarily the smart thing to do. Mr. President, I look forward to working with you to advance Florida’s priorities. Mr. President, I think you will get tired of me calling you on behalf of Florida.”