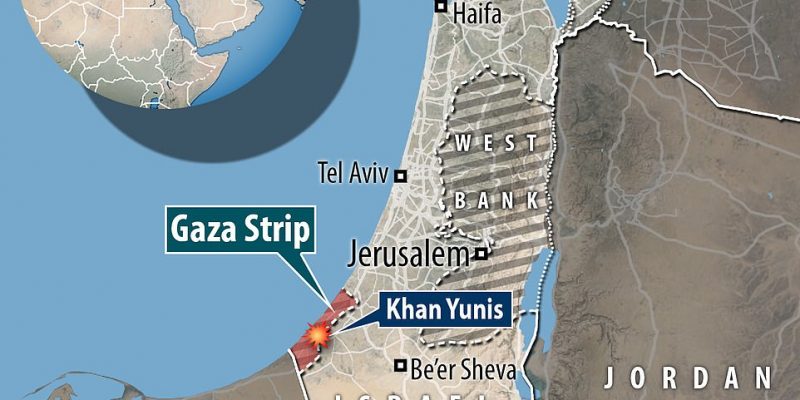 The last 24 hours had seen the most intense flare-up of fighting since 2014, Yahoo! News reports, after a botched Israeli intelligence raid in southern Gaza on Sunday. The raid led to a firefight between Israeli forces and Gaza militants, killing seven Palestinians and one Israeli Lieutenant Colonel.

After funerals were held on Monday afternoon, Gaza militants began firing an intense barrage of rockets into Israel.

“Homes in the Israeli towns of Ashkelon and Netivot took direct hits from rocket fire, according to videos shown on Israel’s public broadcaster Kan,” the Wall Street Journal reports.

The Independent reports, “Two Hamas commanders were among six Palestinians killed by Israeli forces during a raid in southern Gaza, sparking a dramatic uptick in violence that many fear could push the two sides to the brink of another war.”

Prime Minister Benjamin Netanyahu cut short his visit to Paris to Israel. “The prime minister is trying to strike a balance between demands within his cabinet to deal a mortal blow against Hamas and his desire to prevent a war with Gaza, which would be the fourth since the Islamist group took power in 2007,” The Wall Street Journal reports.

Several reports indicated that Egypt helped broker a cease-fire, but to what extent remains unclear.

“Israel maintains its right to act,” one official told The Times of Israel. “Requests from Hamas for a ceasefire came through four different mediators. Israel responded that the events on the ground will decide [if a ceasefire will go into effect].”

Another Israeli official told Haaretz that “only developments on the ground will determine Israeli reaction.”

On Monday, Israel leveled Hamas’s Al Aqsa TV station. Workers had evacuated the building, and there were no immediate reports of casualties.

This is why the television station was hit:

Whenever a terrorist launches a missile, HAMAS’ Al-Aqsa TV reports LIVE that: “A missile has hit 200 mtrs to the left of location X.”

Giving the terrorists intell to adjust their missiles by 200 mtrs. Hence the IDF took out the entire TV station.pic.twitter.com/gbNxERkorR

The Israeli army said Tuesday night that over 460 rockets and mortar shells had been fired at southern Israel over the last 25 hours.

Interested in more national news? We've got you covered! See More National News
Previous Article 2018 Midterms: Greatest consolidation of party control in state governments in over a century
Next Article Want to know how many illegals are voting in U.S. Elections? Up to 3 million.