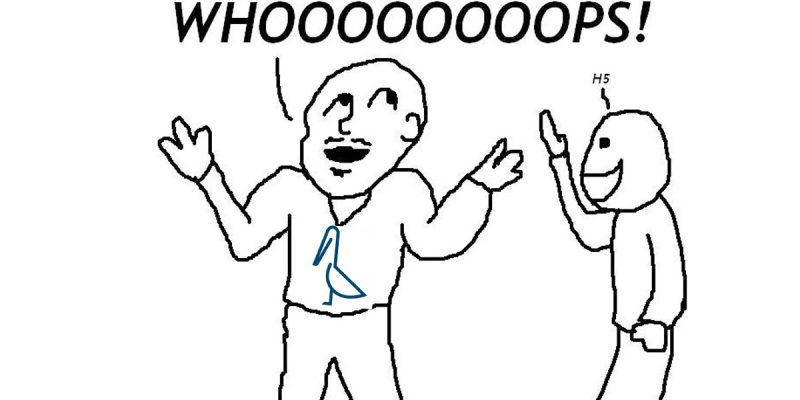 Louisiana’s most active left-wing blogger Lamar White likes to cast himself as this state’s ethical and moral oracle, and casts a very judgemental eye on all of those people who don’t share his views. The About Us page on his website The Bayou Brief makes this quite clear…

At a time in which the very institution of a free and open press is under continual assault by our own political leaders and media coverage is too often dependent on permission from deep-pocketed corporations, The Bayou Brief strives to provide the unvarnished truth about a state whose very existence is threatened by a criminally negligent petrochemical industry, a corrupt and racist criminal justice system, and a broken political system dominated by some of the most radically right-wing ideologues in the nation.

We publish long-form investigative journalism about the most important issues confronting Louisiana, and while The Bayou Brief celebrates the unique magic and the inimitable culture and history of a place unlike any other in the world, our primary mission is to call attention and inform the public about the issues that threaten us.

We are not in the business of trivial promotion or concerned about curating Louisiana for tourists considering a trip to New Orleans.

The Bayou Brief is a publication about Louisiana, by Louisianians, and for Louisiana.

There’s a saying in the French vernacular spoken by the people of Acadiana: Un de nous autres. It means, “He’s one of us.”

That is our mission: All of us who work and contribute to The Bayou Brief have one thing in common with the people of Louisiana, regardless of race or religion or whether one lives above or below Interstate 10: We believe in this place, because we belong to this place.

As part of this preening, pretend superiority, White boasts that he has set his publication up as a 501(c)4 nonprofit. You can find examples of him identifying as such here…

But we are not only committed to remaining a free source of news; we are also dedicated to remaining free of advertisements. That is why we decided to incorporate as a 501(c)(4) non-profit news publication. Since we launched only nine days ago, we have received more than $3,500 in donations, all of which were from people either from Louisiana or who have a deep connection to this state. Remarkably, we have been able to do all of that organically and through the magic of only two Facebook posts.

Financial supporters of Bayou Brief and Watchdog, operated as nonprofits, can be difficult to track.

White operates Bayou Brief as a 501(c)4 currently, which means that its donors don’t have to be disclosed. White said it gives his supporters privacy.

“I am seen as a liberal, but it shouldn’t be politicized,” he said. “The reason people are donating is to promote quality journalism.

“They’re doing this because they believe in the work they are doing and not to promote themselves,” he added.

He described his donor base as 95 percent Louisiana residents and said about 5 percent could be considered “trial lawyers.”

“They run the gamut from retired folks to young professionals, but they also include people all across the political spectrum,” White said. “The people we take money from are principled and believe in what we are doing.”

Well the new website is called The Bayou Brief, the Bayou Brief not to be confused with the Bayou Buzz.   We are a non-profit 501 C 4 online only news publication that focuses on statewide issues in Louisiana, so you know, Shreveport Monroe Alexandria Lake Charles Lafayette Baton Rouge in New Orleans.  We have been publishing since June 20th so we are brand-new publication into our, I guess, now are technically our third month.

Well, interestingly enough, it used to be that a (c)4 – the major benefit of which is that its donors don’t have to be disclosed – could engage in political activity like endorsing candidates. Except there was a major Supreme Court ruling on this topic back in August, in a case where Citizens for Responsibility and Ethics in Washington (CREW) filed an FEC complaint against Karl Rove’s Crossroads GPS outfit demanding that it disclose its donors because it was essentially acting as a political action committee.

Ultimately, the Supreme Court ruled that Crossroads GPS would have to disclose its donors.

Nonprofits that make political ads explicating telling viewers who to vote for or against must now disclose the identities of all contributors who gave more than $200 in a year. That’s the result after the U.S. Supreme Court on Tuesday lifted a temporary stay by Chief Justice John Roberts.

“The decision was not a surprise yet the impact will be large because for the first time in decades, (c)(4)s will have to be disclosing their contributors,” said Tim Delaney, president and CEO of the National Council on Nonprofits.

People can’t read too much into the court order, said Delaney, a former solicitor general for the State of Arizona. The decision was more procedural than on the merits of the case, he added.

Delaney also emphasized that the underlying case concerns the application of Federal Election Commission (FEC) rules on 501(c)(4) social welfare organizations – contributions to which are not tax deductible – and not 501(c)(3) charitable organizations.

“This decision moves us closer to Independent Sector’s position that nonprofits should disclose donors who fund partisan political activity,” said Allison Grayson, director of policy development and analysis at Independent Sector. “However, we urge the FEC to quickly provide guidance to help nonprofits comply with this rule change. It also is important to note, debates around donor disclosure and the Johnson Amendment are symptoms of a broader problem: confusing and conflicting political activity rules governing nonprofits. We must proactively work to align and clarify political activity rules to protect the public’s trust in the nonprofit sector,” she said in a statement.

The case was brought by Citizens for Responsibility and Ethics (CREW) against Crossroads GPS after the FEC dismissed its 2012 complaint. The decision, effectively immediately, means that contributors for a major category of dark money spending in this fall’s elections will have to be disclosed publicly, according to CREW.

So if you’re a (c)4 and you endorse candidates in political races, you’ve got to disclose your donors. That’s the gist of this. Running political campaign spots is an endorsement of a candidate.

So is actually making an endorsement of a candidate. Calling that endorsement a “recommendation” doesn’t change your legal obligation under that Supreme Court ruling.

This matters, because Wednesday Lamar announced he was getting into the endorsement business.

This is our first year in which we face the decision on whether to issue candidate recommendations, and it is not a decision we take lightly. For one, unlike those in the corporate media, we do not yet have the resources or the capacity to conduct interviews with every candidate in every election. We also are cognizant that readers who disagree with our recommendations may misinterpret our motives and analysis. Many news publications avoid recommendations completely for these exact reasons.

But ideally, recommendations can offer a publication like The Bayou Brief the best and most important opportunity to articulate the values to which we aspire and to inform readers about which candidates, in our assessment, offer better solutions and stronger leadership for our state and our nation.

During the next three days, we will publish our recommendations for Louisiana Secretary of State, all six Congressional districts, mayor of Shreveport, and two clerk of court races in Orleans Parish.

And he did just that, endorsing Steven Jackson for mayor of Shreveport, and Jared Brossett and Timothy David Ray for clerk of court in New Orleans. Then came the six congressional endorsements, which then made the Bayou Brief a (c)4 engaging in candidate endorsements in federal races.

And under the Supreme Court’s ruling in CREW v. FEC, it would seem to us as though Lamar has therefore broken federal campaign laws and would therefore now have to identify his donors.

Feel free to prove us wrong, but otherwise if you’d like to file a complaint with the Federal Elections Commission against the Bayou Brief, please let us know what happens.

Interested in more national news? We've got you covered! See More National News
Previous Article BOYD: Conservatives Should Support The Unanimous Juries Amendment
Next Article Hey, I Got Another Boudreaux And Thibodeaux Joke For Y’all