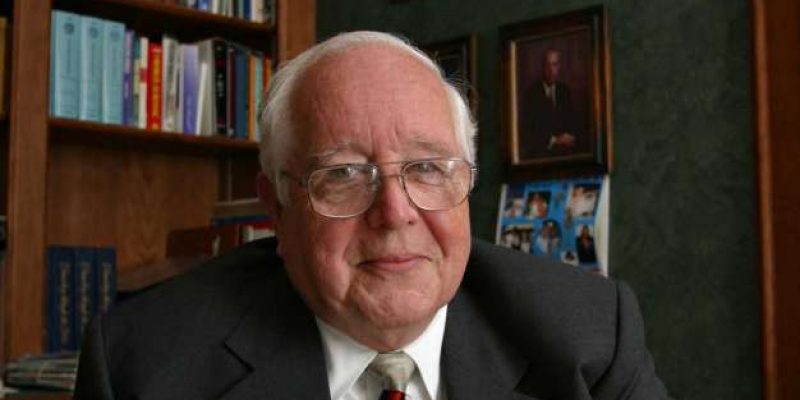 After the election, Houston police were searching the law office of Jared Woodfill, the former chairman of the Harris County Republican Party, linked to an investigation of sexual abuse claims made by men against a former Texas state judge, and leading figure of the Southern Baptist Convention, Paul Pressler.

People were quick to comment on social media that Pressler was being investigated for all kinds of things related to President Trump or Democrats winning House seats.

The truth is that he was under investigation for allegedly abusing and raping men for more than 40 years.

“In separate court affidavits filed this month, two men say Paul Pressler molested or solicited them for sex in a pair of incidents that span nearly 40 years. Those accusations were filed as part of a lawsuit filed last year by another man who says he was regularly raped by Pressler,” The Houston Chronicle reports.

Pressler’s newest accusers are another former member of a church youth group and a lawyer who worked for Pressler’s former law firm until 2017, according to the affidavits.

“Toby Twining, 59, now a New York musician, was a teenager in 1977 when he says Pressler grabbed his penis in a sauna at River Oaks Country Club, according to an affidavit filed in federal court. At that time, Pressler was a youth pastor at Bethel Church in Houston; he was ousted from that position in 1978 after church officials received information about “an alleged incident,” according to a letter introduced into the court file.

“Brooks Schott, 27, now a lawyer in Washington state, says in an affidavit that he resigned his position at Pressler’s former law firm after Pressler in 2016 invited Schott to get into a hot tub with him naked. He also accuses Jared Woodfill, Pressler’s longtime law partner and the head of the Harris County Republican Party until 2014, of failing to prevent Pressler’s sexual advances toward him and others, which Schott says were well-known among the firm, the documents state.

“Documents recently made public show that in 2004, Pressler agreed to pay $450,000 to another former youth group member for physical assault. That man, Duane Rollins, filed a new suit last year in which he demands more than $1 million for decades of alleged rapes that a psychiatrist recently confirmed had been suppressed from Rollins’ memory. Rollins also claims the trauma pushed him to the drugs and alcohol that resulted in multiple prison sentences.”

Pressler worked at Houston’s First and Second Baptist churches, was a state representative and served for 14 years as a justice on Texas’ 14th Court of Appeals.

Pressler was also asked in 1989 to head President George H.W. Bush’s Office of Government Ethics, but his nomination was later withdrawn, the Chronicle reports.

Here are questions for the Harris County GOP, the Souther Baptist Convention, Houston First Baptist Church, and Houston Second Baptist Church: why wasn’t this man behind bars a long time ago? Why did no one do anything to protect boys who participated in church youth groups from being molested?