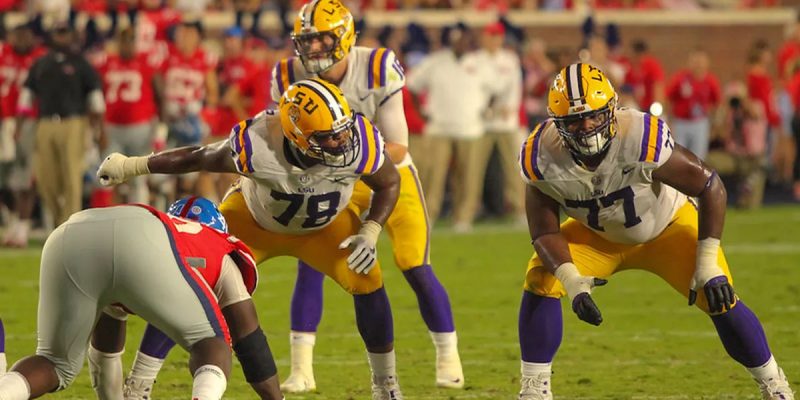 Editor’s Note: This is the fourth of a nine-part series surveying the LSU football program following the end of the 2018 regular season, this time discussing the preseason predictions of mediocrity. For Part One, click here. For Part Two, click here. And for Part Three, click here.

Those 6-6 and 7-5 predictions prior to the season were not all that far off.

Yes, on paper LSU’s defensive personnel is impressive – when you have a Devin White and a Greedy Williams on defense, and then you add breakout players like Kary Vincent, Jacob Phillips, Grant Delpit, Fulton and Michael Divinity, plus an Ed Alexander and Rashard Lawrence (though Lawrence’s junior season this year wasn’t the tour de force we were all hoping for; he was certainly above average but not quite a star, and that’s about it), that’s a good group. With K’Lavon Chaisson, it’s a championship-level group. But LSU didn’t have Chaisson past the second half of the season opener against Miami, and without him LSU didn’t quite have a championship defense. A good one, no doubt – but not a great one without that alarming pass rusher. Delpit tied for the team lead in sacks this year, which is not something you really want to see from a safety.

But offensively, this was certainly a 6-6 or 7-5 team like the predictions said – really, regardless of who your offensive coordinator is. As we mentioned previously, that offensive line was a triage unit basically the whole year, and a major price was paid in pass protection from the fact LSU doesn’t have a true SEC-ready offensive tackle at this point. Saadiq Charles and Austin Deculus have struggled badly in pass protection all year long – in Deculus’ case, it’s almost unfair to criticize, as he’s clearly a guard trying to play tackle. Charles is probably a right tackle trying to play left tackle. Both are decent run blockers; in pass protection, they’re major liabilities. And if you can’t protect the passer from the edge, it means you’ve got to keep tight ends and running backs in for pass protection, which limits what you can do in sending receivers into routes. You’re easier to cover, and your quarterback is going to be less effective as a result.

And while Nick Brossette and Clyde Edwards-Helaire are great kids who have been quite productive this year, neither one have the kind of speed required to be game-breaking running backs. Make a hole for either of them and they’ll get you five to 10 yards; expect any more than that and what you’re probably getting is disappointment. Brossette, whose 14 touchdowns and 922 rushing yards on the season were plenty good enough in themselves, seemed to get more and more desperate to make big plays his lack of speed prevented him from as the season went along; he developed an irritating habit of trying to bounce outside only to be quickly run down by faster defenders before he could turn the corner, and his effectiveness dropped off as a result. When he was running north-south, he was more than serviceable.

And the receivers were just plain bad for much of the year. Yes, Justin Jefferson was productive – much more so than we would have expected. A 50-catch, 788-yard season for a sophomore wide receiver is a hell of a good season. Jefferson has just enough speed to sneak open against most secondaries, though he’s far more of a possession receiver than a deep threat.

But beyond him it’s been a box of chocolates. Just when you think Stephen Sullivan or Dee Anderson (20 catches apiece) is about to become reliable something happens to disabuse you of that notion. Terrace Marshall (13 catches) and Ja’Marr Chase (17 catches) showed just enough potential to whet your appetite before cruelly reminding you they’re freshmen and they’re going to stay that way until further notice. Derrick Dillon (also 20 catches) got a little better as the season went along, but he’s still a ways off before he’s a front-line SEC receiver. And so on.

Not to mention the Jonathan Giles debacle. Here’s a wide receiver who’s supposed to be a Biletnikoff Award candidate coming off a 2016 season at Texas Tech where he had 1100 yards receiving and 13 touchdowns, and he gives you…10 catches for 59 bloody yards all year. Not only that, but his crucial muff of a punt in the A&M game was the first of the decisive bad breaks making the difference between 10-2 and 9-3 this year. Giles was supposed to be the star of the receiving corps, and instead he was the worst guy of the group. It’s on LSU’s coaches for making that bad evaluation, sure – but how much can Ensminger’s playcalling compensate for personnel problems that big?

What it comes down to is LSU’s offensive personnel surrounding the quarterback is exceedingly average. That means 6-6, like those predictions said. Give Joe Burrow and the defense – not to mention the Tiger special teams – credit for lifting LSU above that mark. It wasn’t easy to do.

Next: Does LSU need a new offensive coordinator? And would such a move solve the offense’s problems?