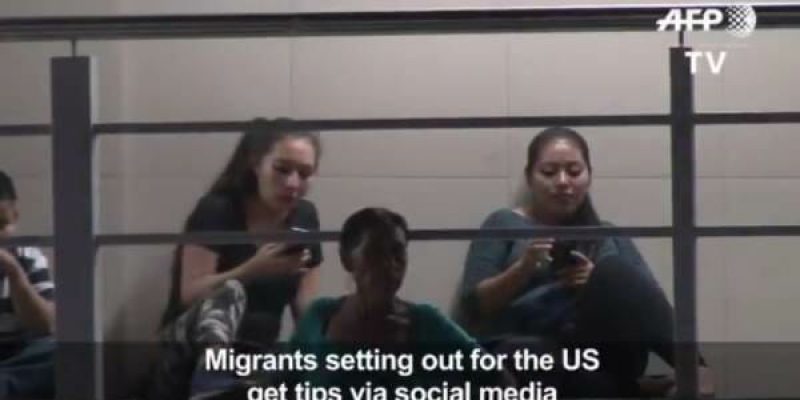 Salvadoran migrants are using Facebook and Whatsapp to communicate with each other to quickly spread tips and tricks on how to safely reach the US border and how to get across, AFP reports.

“I found out about the caravan on Facebook. Someone posted a link in a WhatsApp chat,” a 38-year-old widow with children aged 11 and 13, told AFP.

They refused asylum in Mexico because they want free medical care, housing and food stamps that they can receive in the U.S. because of failed immigration policies and social welfare programs.

As a group of migrants prepare to form a new caravan to set out from El Salvador for the promised land of the United States, eager participants exchange messages over social media.

How will they cross the border? What should they bring? Mothers and their children, youngsters fleeing violent gangs, men hoping to find a way to feed their families: the caravan attracts all sorts.

As soon as one caravan leaves, plans for the next one swamp social media. Hundreds of interested parties fire off questions, engage in discussions or share their hopes and fears.

“My aim is to reach the United States. In the caravan, no one will be able to touch me,” said one rasping voice in an audio post on a chat for the last caravan to leave El Salvador.

VIDEO: As a group of migrants prepare to form a new caravan to set out from El Salvador in the hope of reaching the United States, eager participants exchange messages over social media pic.twitter.com/JDS7L1TmvY

Thousands of Honduran migrants are currently camped out in Tijuana, Mexico, a city that borders San Diego, California.