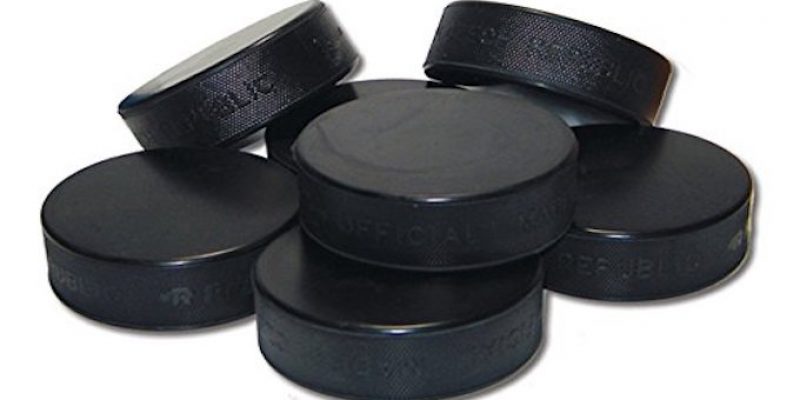 A public university in Detroit came up with a brilliant plan to protect students from gunfire if a gunman were to attack their school: throw hockey pucks.

Now, students and faculty members at Oakland University in Auburn, a suburb of Detroit, are armed with hockey pucks.

Tom Discenna, a professor of communications at the university led the initiative, encouraging the faculty union to purchase 2,500 hockey pucks that cost 94-cents each. Approximately 800 union members and 1,700 students purchased the pucks. The Oakland University Student Congress also ordered an additional 1,000 hockey pucks to distribute to students.

“We thought ‘yeah, that is something that we can do,’ ” the president of the Faculty Union told reporters Tuesday. “We can make these available at least to our members and a fair number of students as well.”

Earlier this year Police Chief Mark Gordon, a former youth hockey coach, was asked by faculty members at a training session what they should do if a gunman enters their classroom since weapons are not allowed on campus.

Gordon replied: throw anything at the shooter to distract him if running away or hiding isn’t an option.

“Anything that you can throw that’s heavy and will cause damage, cause injury is the bottom line of what you’re trying to do,” he said, adding the hockey puck “was just a thing that we suggested that could possibly work, especially when you have 20 or 30 people in a classroom and they all throw hockey pucks at the same time, it would be quite the distraction.”

The university’s police department recommends on its website as a last resort to “act with physical aggression and throw items at the active shooter.”

The hockey pucks are also part of a fundraising initiative to raise money to install interior locks on classroom doors. Each puck is imprinted with a number that suggests the amount people can donate for the cause.

The school’s American Association of University Professors union and Student Congress donated $5,000 each to pay for inside locks for 37 classrooms in one building.