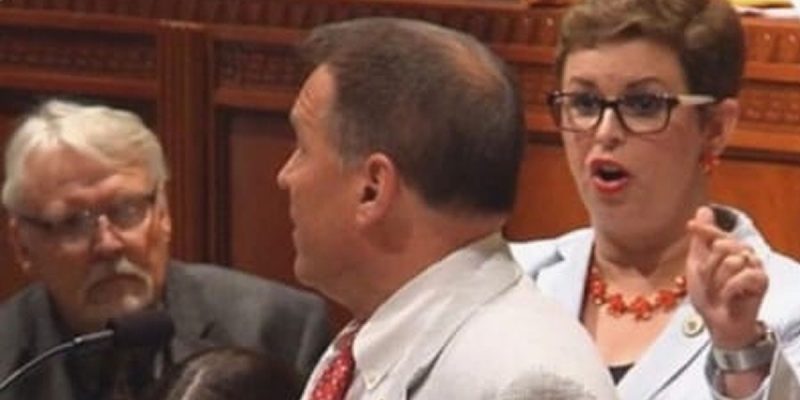 I’ll admit, I had this one dead wrong. I had two polls which accurately projected a Kyle Ardoin vs. Gwen Collins-Greenup runoff last week, and I reported them here at The Hayride when I got them, and then I listened to a bad poll yesterday which greatly overstated Julie Stokes’ support and made a poor prediction in the Secretary of State race.

Far from making the runoff, Stokes actually came in fifth, about a thousand votes behind Rick Edmonds. Wow.

After spending all that money on the race, such a weak showing is provocative. You can bet that Wednesday morning candidate recruitment will start in Stokes’ district, because blood is in the water and it’s a pretty good indication she can be beaten. Stokes only polled 27 percent in her home parish of Jefferson, where she needed to be 15-20 points better.

It’s a bad, bad night for her.

It’s also a rough night for John Bel Edwards, because if you combine Collins-Greenup, Renee Free and Stokes, who together comprise the possible universe of potential votes that might go his way next year, you get 47 percent. That’s assuming all of Stokes’ votes would go to Edwards, which they won’t. At most maybe 60 percent would, and that would put his re-elect number at 42-43 percent. Which is what our poll found in September and what John Kennedy’s poll found in October.

Probably the worst night of all, though, was A.G. Crowe’s. All that money he spent to get less than five percent? Paying consultants more than $75,000 to get 71,000 votes in a statewide race? Crowe spent a dollar a vote on CONSULTANTS in this race. That’s a really bad look, especially since it wasn’t donors who got taken to the cleaners but rather the candidate himself. Thomas Kennedy, who spent nary a dime on the race and whose sole asset was his name, got almost twice Crowe’s vote.

Edmonds at least fared somewhat respectably in fourth place, but he’s going to have to ask himself whether dumping $165,000 of his own money into a media campaign late in the race after the die had been cast was wise. He didn’t get embarrassed, but he also didn’t win, and his attacks on Ardoin ruffled a lot of feathers along the way.

In short, the only statewide race in Louisiana came out for conservatives a little like the national races did – an OK result which threatened to be a lot worse.

Meanwhile, all six of the constitutional amendments passed easily in something of a surprise, with the unanimous juries amendment getting a shocking 64 percent of the vote. We thought some of the leftist rhetoric used by some of the proponents would scare off the voters, but at the end of the day it seems there is a desire to get away from being a sore thumb where it comes to policy.

And in the congressional races, Cedric Richmond wins the trophy for the highest percentage of the vote by a winner with 81 percent. Among the five Republicans the standings are as follows…

All were impressive showings. Higgins’ 56 percent came mostly because of a relatively decent showing by a conservative Republican named Josh Guillory, who siphoned off 13 percent that would have all gone to Higgins.

But Scalise’s case might be the interesting one of the bunch. With the GOP losing control of the House Tuesday, he’s going to go from Majority Whip to Minority Whip – and the Minority Whip is an utterly worthless job. There have been rumors all week that Scalise might very well consider a gubernatorial run in 2019, and if he runs he’s virtually assured of clearing the field for a dream matchup (from a Republican perspective) against Edwards. If he has presidential ambitions, which isn’t all that pie-in-the-sky a prospect given his popularity and his personal story over the past year and a half, he’ll want to add gubernatorial experience to his resume. The determining factor probably is what the final numbers in the House turn out to be; if the Democrats’ margin is just a few seats it’s entirely likely the GOP would retake the House in 2020 and Scalise might as well bide his time and emerge as House Majority Leader or even Speaker in January of 2021; if it’s a dozen seats or more the smart play might very well be to jump into that governor’s race.

That’s one to stay tuned about. It’s increasingly likely that either Scalise or John Kennedy will be Edwards’ main opponent in the 2019 campaign which starts in earnest later this month.

Interested in more national news? We've got you covered! See More National News
Previous Article Illegals voting in Texas is rampant [video]
Next Article After resounding defeat in Texas, calls for Beto to run for president in 2020