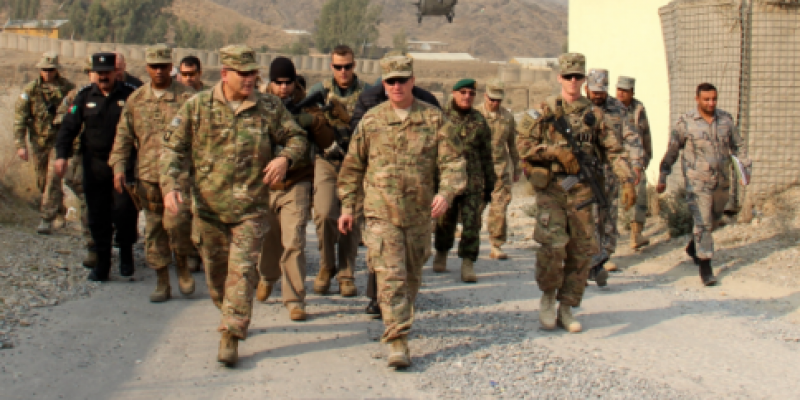 While over 5,000 troops are already mobilizing towards the southern border, Trump has envisioned expanding the role of the military. “We’ll go up to anywhere between 10 and 15,000 military personnel on top of Border Control, ICE and everybody else at the border,” Trump said in Washington before taking off for a campaign rally in Florida. “Nobody’s coming in. We’re not allowing people to come in.”

The President has increased up his efforts repeatedly over the last week, arguably sparked by the invasive like tactics of the encroaching caravans. Migrants have turned to violence to force their way across the Mexican territory, breaking down gates, creating Molotov cocktails, and at times opening up with gun fire.

Donald Trump has responded to such hostile behavior by shoring up our defenses. The President has also recently came out in a statement explaining the latest advancements in asylum policy. Troops are set to build “tent cities” to deal with the approaching caravans.

Here, the migrants will stay through the entire process of their claim for asylum. Migrants will no longer be released into the country, where the vast majority never show back up for their court date.

The U.S. is no longer going to be practicing catch and release, according to Trump. This has become a national security issue, and will be handled as such. There have already been reports of multiple MS-13 gang members hiding within the ranks of the caravan. American citizens are their communities are to be prioritized, and immigration policy is going to prioritize the well being of those already here.

Trump recognizes that the vast majority of these refugees are economic migrants, not those who are suffering persecution at the hands of their government. Tucker Carlson suggests that around 70% of migrants in the current caravan are single young men of military age. Thus, these migrants are predominately not even families searching for a better life.

According to the President, our poor laws are being abused, and this has to stop. He has put his foot down, and suggests that “nobody’s coming in” unless they do so legally and on our terms.