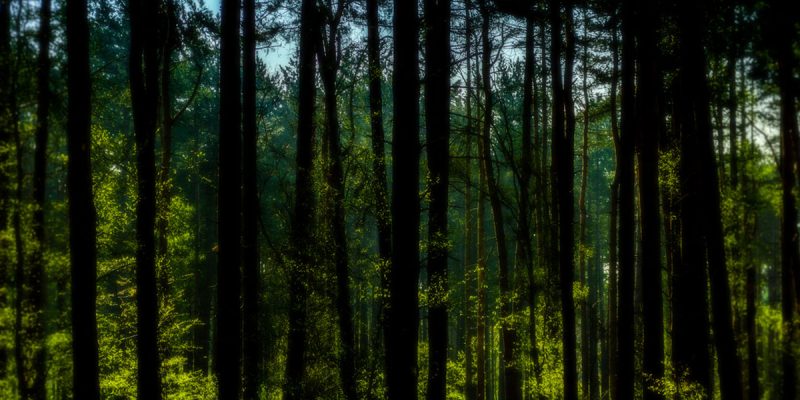 2019 is one of those years in Louisiana’s four-year political cycle that the ruling class and the news media look so forward to. After all it will be a statewide election year and there will be so much to opine upon. Through the next ten or eleven months the people of Louisiana will be positively overwhelmed with the fog of politics.

But, as is expected, the message that the citizens hear will be laced with personal attacks and muddled with confusing policy minutia. In effect the process, driven by the governor’s minions and the beneficiaries of his political largesse, will keep the people deep in the political trees.

But when taken from the high altitude view, the Louisiana’s political landscape is not just a collection of trees, it is a forest and the real result of the election of 2019 is the metaphor that is that forest. The high level view dictates that despite what the people hear the message of the 2019 election will not be WHO wins the governorship race, it will be WHAT the people themselves expect that Louisiana should be for a long time to come.

If we can wipe away personalities and political rhetoric and look strictly at the consequences of the election we will see a straightforward choice offered to the voters. They will choose between two paths for the future of our state. The options will be a continuation of the political philosophy that, with little interruption, has been in place for a hundred years, or a new direction that is more aligned with the path chosen many years ago by many other, more successful southern states. In effect the question will be: does Louisiana remain a failed political outlier or does it adopt a new political direction?

Staying with the theme of the forest versus the trees, the two options diverge dramatically. We already know what the first option will be and what outcomes it offers. This option, personified by Governor Edwards, is characterized by a belief that the people are victims of forces beyond their control and therefore only a centralized government structure can protect them. In effect this belief is that the people must voluntarily surrender their destiny to an overarching political structure, be it state or local, because the people are unable to fend for themselves in a world dominated by powerful but undefined forces.

This is the philosophy that has served Louisiana political leaders well. The twin tools that they use to continue their power are fear and jealousy. If you don’t re-elect me, my opponent will take away your support; if you don’t re-elect me, someone will make a lot of money and because you don’t have a lot of money that just isn’t fair. Sound familiar? They should, in one manner or another these talking points have kept the big-government crowd in office, even despite abysmal outcomes. Fear and jealousy are powerful tools in the hands of talented politicians.

Did I mention abysmal outcomes? How about last place in almost all measures of social and economic success? How about a sustained outmigration of citizens because they can’t find decent jobs at home? How about a substantial portion of our people who live in the misery of poverty or near poverty? And all of this in a state that abounds in natural and manmade assets. In other states these results would have led to political revolution long ago. In Louisiana, where the politics of fear and jealousy are a science, the people have generally never been presented with a clear alternative to grasp the significance of a better way.

The other alternative of the election of 2019 would be a rejection of the past and a re-direction of expectations through policy reforms. The most significant outcome of such a decision would be that the people would have finally realized that government can never create prosperity. They would recognize that the “Louisiana Way” of government only creates a drag upon the economy and offers a slowly declining future. New leadership, offering economically sound policies by taking advantage of Louisiana’s natural assets and aligned with a belief in the people’s innate abilities, would change Louisiana for generations.

Will the people see this forest instead of a collection of trees? The answer may reside in a ground-shaking political event that occurred in 2016. In that year, the people of the United States spoke through their votes and rejected decades of government dictated by political insiders and the left-wing media. By elevating citizen Donald Trump from businessman to President the people discarded all of recent political history and its unfulfilled expectations. And the people’s reward; an economy operating at all-time-high levels, low unemployment especially among traditionally low-performing subsets of the population, a restructuring of international relations that support the American worker, and a belief that policies should reflect that America should expect our country to be the strongest in the world. In general, through a storm of negative media, the philosophy that elected President Trump was that America could resume its place as the world’s only superpower, both militarily and economically, and the result would be prosperity for all.

These concepts, as defined by the metrics of our state, are the same type of successes that we in Louisiana should expect from our leaders. Yet through our history we have continued to elect leadership who in many ways reflect the same attitudes of the inevitability of decline that characterized the pre-Trump period in the nation. In effect the American voters rejected the same twin strategies of fear and jealousy that are utilized by the left in Louisiana and now see that prosperity of the American people as the goal for our leaders.

If history is prologue, Louisiana’s people should not expect to be offered a big-picture view of this election. The media shows a propensity to support the current status quo and political operatives of the governor will do their best to keep the conversation focused on personality in addition to fear and jealousy. They know deep in their political soul that if the people actually get a clear view of the potential outcomes offered by a change in leadership then they will absolutely choose a new way. It is their job to obfuscate the forest by keeping the people’s focus on the trees.

Yes, 2019 could be monumental in the lives of the citizens of Louisiana. It could be the Donald Trump year in Louisiana, a year in which the people reject the dismal outcomes that Governor Edwards offers by electing a leader that offers prosperity as a goal.

What have I just said, prosperity must be Louisiana’s goal? Could that really happen? If the people of Louisiana vote to reject the past then at least the opportunity for a more prosperous future beckons. If not, then mediocrity and poverty are guaranteed.