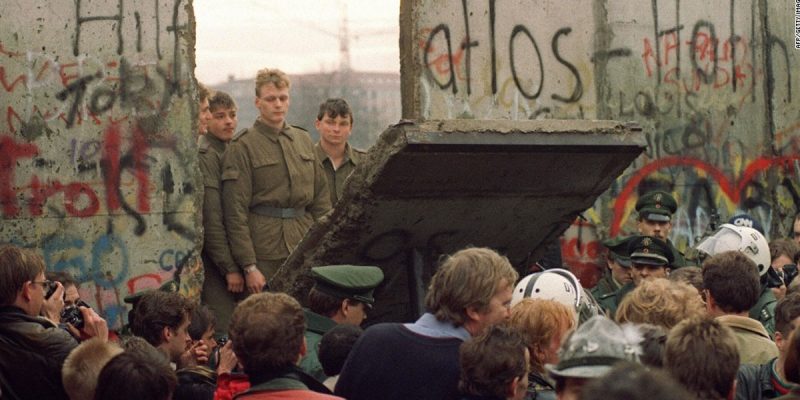 There were three instances during the 20th century when there was a major rearrangement of the geo-political map.

The first occasion was at the end of the Great War where the victorious allies sought to punish a defeated Imperial Germany and a Bolshevik Russia that had made a separate peace with the Kaiser while also giving birth to new countries across Europe.  One of the outcomes was the League of Nations, a vision championed by President Woodrow Wilson – though he was unable to bring his own nation along.

The second reshuffling of the global deck came in the waning days of World War II in two conferences held in the Soviet Union, the first a bilateral meeting between Winston Churchill and Joseph Stalin in Moscow where spheres of influence were demarcated- essentially a division of Europe, and the more famous meeting between the Big Three (Stalin, Churchill, and an overly trusting and dying Franklin Roosevelt) at the Black Sea resort of Yalta where the post-World War II Europe was mapped out.

The third major shift took place with the literal collapse of the Berlin Wall and the dissolution of the Soviet Union and their empire across eastern and central Europe.

The fall of Communism in Europe was accelerated due to the pressure President Ronald Reagan exerted on the Soviets on various fronts, including the American military buildup, parking medium range missiles in western Europe, support for anti-Marxist rebels across the globe, and the controversial Strategic Defense Initiative program designed to protect the West from an ICBM attack.

However it was under Reagan’s successor George Bush that the four decades long Cold War came to a conclusion.

That the demise of the Soviet Union was anticlimactic underscored the skill Bush utilized to manage the peaceful ending of the military and nuclear standoff between the planet’s two superpowers.

But a quiet ending was not a forgone conclusion.  There was always the possibility that the Soviets would make a last-ditch gamble to avoid what in retrospect we view as the inevitable but seemed unthinkable under Brezhnev.

Ten years before the fall of the Berlin Wall, the Soviets had invaded Afghanistan.  Four years later Korean Air Lines Flight 007 was shot down by the Soviet air force, killing all 269 passengers on board.   And direct and indirect Soviet support flowed to insurgents and Marxist regimes in Latin America and Africa. The USSR hardly resembled the sick old man of Europe.

Furthermore the Soviets had engaged in direct military action in Hungary and Czechoslovakia when both had become somewhat wobbly in their commitment to Moscow-style socialism.

Though Soviet leaders proved to be physically weak (three would die in the 1980s leading Reagan to facetiously complain that they kept dropping dead on him), the resolve of the Kremlin proved stubborn.

In August 1991 there was a coup against Mikhail Gorbachev by hardliners within the Soviet government in a desperate gambit to cling on to the old way.  Bush was forceful in his support for Gorbachev, who was under house arrest.

During that standoff anything could have happened.  Fortunately neither Bush nor Gorbachev backed down and the plotters gave up.

When the Soviet collapse manifested, Bush did not gloat in the West’s triumph but sought a stable transition, that led to a relatively peaceful military withdrawal from occupied countries, eased global tensions during a very sensitive period, and the consolidation and securing of the Soviets’ scattered nuclear weapons arsenal, some of which were now within the borders of newly independent countries.

In the first two global realignments, the United States was but a partner, and a junior one at that; with the end of the Cold War, the United States was the leader and President Bush shouldered the enormous burden of responsibility of avoiding provocations while advancing the interests of the United States, the West, and tens of millions of captive people behind the Iron Curtain seeking freedom from Soviet domination.

As the winds of change were blowing over the Eastern Bloc, Iraqi dictator Saddam Hussein had launched an invasion of neighboring Kuwait.  Bush responded to the occupation and destabilization of the Middle East by building a broad coalition to defend Saudi Arabia and shortly thereafter liberate Kuwait.

Though the actual fighting was brief, the US-led action demonstrated the overwhelming power and effectiveness of the American military in our first major conflict since the Vietnam War.

The swift victory restored confidence in our military while projecting a message of strength to the rest of the world.

Imagine for a moment if the United States had not previously exorcised the ghost of Vietnam prior to the invasion of Afghanistan in the War on Terror.

While only serving four years in the Oval Office, Bush’s lone term was one of the most consequential of any president, helping reshape the world and reassert the United States as the leading military power in the world.

As Reagan foresaw, the Soviet Union did end up in the ash heap of history. But it was thanks to George Bush’s steady hand and deft leadership on the world stage that there was not as much collateral ash around Lenin’s Tomb.