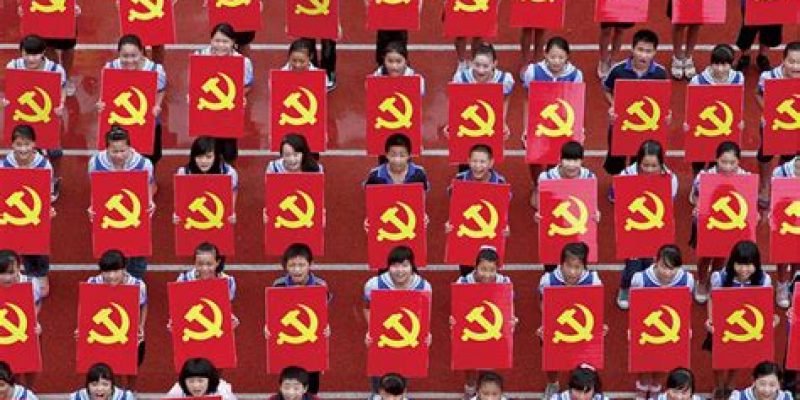 Bloomberg News reports that China plans to judge each of its 1.3 billion residents based on their social behavior– giving each person a “rating.”

By 2021 the Beijing government hopes to implement a lifelong points program to reward and punish citizens based on their behavior. It plans to pool data on at least 22 million citizens based on their actions and reputations by the end of 2020, the Bijing municipal government announced. Those who receive higher points will receive social credit towards “green channel” benefits; those who violate laws will be black listed.

The green channel recipients will be deemed “trust worthy” and those who are black listed will be “unable to move even a single step,” according to the government’s plan, which would impose upon them restrictions and penalties.

China has long experimented with systems that grade its citizens, Bloomberg reports. “Beijing’s efforts represent the most ambitious yet among more than a dozen cities that are moving ahead with similar programs,” it states.

Hangzhou rolled out its personal credit system earlier this year, rewarding “pro-social behaviors” such as volunteer work and blood donations while punishing those who violate traffic laws and charge under-the-table fees. By the end of May, people with bad credit in China have been blocked from booking more than 11 million flights and 4 million high-speed train trips, according to the National Development and Reform Commission.

Instead of Facebook jail, residents aren’t allowed to book airline or train trips.

Beijing’s government plan links databases from different agencies to create a detailed profile of every resident’s interactions across a swathe of services. The proposal calls for agencies including tourism bodies, business regulators and transit authorities to work together, Bloomberg reports.

Tracking people is primarily linked through their online activity. Financial phone apps used to make payments, acquire loans or organize transport are linked to mobile phone numbers. No one can get a phone number without being required to provide government ID.

Bloomberg suggests, “as rules forcing social networks and internet providers to remove anonymity get increasingly enforced and facial recognition systems become more popular with policing bodies, authorities are likely to find everyone from internet dissenters to train-fare skippers easier to catch — and punish — than ever before.”