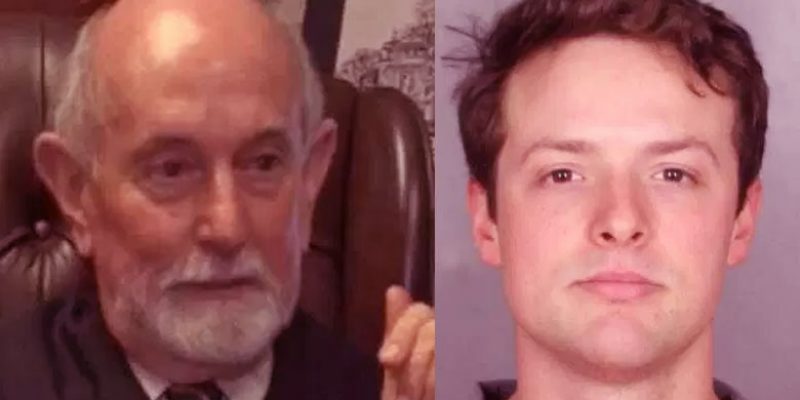 It’s far from the speedy trials and hard sentencing the thought of justice in the heart of Texas may invoke.

As a matter of fact, it’s the downright opposite.

A Central Texas judge gave deferred probation to an alleged rapist following a plea deal — the latest in a series of embarrassments to the Baylor University community in terms of its growing reputation of going easy on sexual assault cases.

Nineteenth State District Judge Ralph Strother lit on fire a kindling of outrage on Monday when he accepted a plea bargain from attorneys for Jacob Walter Anderson, a former fraternity leader accused of repeatedly raping a female student. The unnamed woman said she was served spiked punch during a 2016 party and was led behind a tent outdoors where Anderson allegedly gagged and choked her, among various violent and sexual acts, before she stated that she lost consciousness.

“He stole my body, virginity, and power over my body,” the accuser said in court, according to many sources. We could find no statement from Anderson or his attorneys.

After pleading no contest to several charges, Anderson was expelled from Baylor following an investigation. Anderson, in addition to the probation and prior university expulsion, will pay a $400 fine and seek counseling. This means Anderson will not be required to register as a sex offender.

Both sides (obviously) stand by their claims. Strother and the Assistant DA have alleged conflicting statements and sketchy information made the case difficult to litigate.

Regardless of whether the truth is on the side of the Plaintiff or the Defendant, there is no middle ground when it comes to rape. Either the victim was raped or she was not. And because of this plea deal the justice system has been disallowed by Judge Strother from weighing the facts and delivering a verdict (or even a mistrial). In this case, a jury will not be allowed to convene on the matter.

What is more alarming is that, according to an Associated Press report, this is not the first time Judge Strother has let off possible rapists with a slap on the wrist. In 2017, he sentenced a man to deferred probation after he pleaded guilty in the 2013 rape of a former Baylor student … and was merely ordered to pay for the woman’s counseling.

Earlier this year, Strother sentenced a man to felony probation and a series of weekend visits to jail following the alleged rape of another Baylor student.

These light sentences come after a 2016 scandal involving the Baylor Bears football team which resulted in the firing of Coach Art Briles and demotion of Ken Starr, the university’s president, who was once (perhaps ironically) a key figure in Bill Clinton’s impeachment investigations. In wake of this, the university settled many lawsuits from women who alleged sexual assault by the players.

A separate lawsuit filed by the victim against Anderson and 20 fraternity members, regarding under-age drinking, is pending. Given the outrage at courthouse protests and on social media, the venue may change and the outcome may be much different next time.