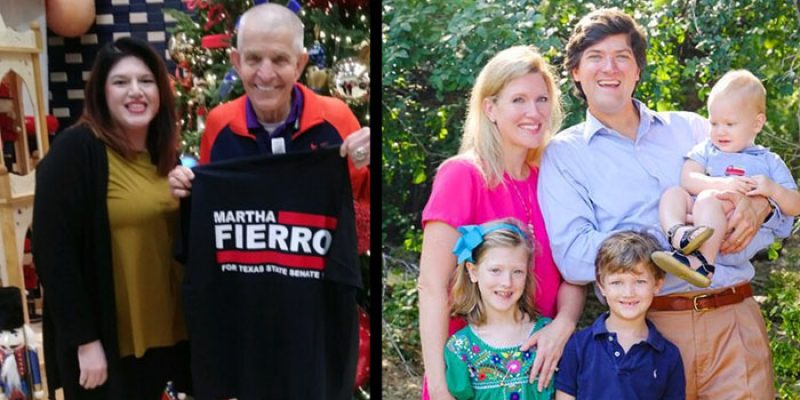 Will tonight’s Runoff races and Special Election finally close the books on campaign year 2018 in Texas?

A Runoff for the last remaining conservative district on the Austin City Council and a Special Election in Houston that could flip a notoriously liberal state Senate seat are two races that will be watched very carefully this evening, among numerous other local contests across Texas.

The much-gerrymandered state Senate district encompassing east and central Houston (all in Harris County) is geared toward the Hispanic population. It will most likely stay that way.

Out of the four candidates running to replace outgoing Sen. Sylvia Garcia (D-Houston), all are female and three are Hispanic, including one Republican, Martha Fierro.

Fierro faces high odds against two of the contenders, former state Rep. Carol Alvarado, who narrowly lost a special election runoff to Garcia in 2015, and state Rep. Ana Hernandez, who has represented District 143 in Houston since 2005. Alvarado, Garcia, and Hernandez all have solidly liberal voting histories.

Fierro has made no secret of her pro-life, low tax, and school choice leanings. With the Democrat vote split three ways (also running is corporate recruiter Mia Mundy running on a liberal platform), she stands a chance of making a primary runoff. Fierro has picked up the endorsements of beloved local furniture magnate “Mattress Mack” McIngvale as well as the Harris County GOP. It is likely none of the four will win a plurality this evening and a Runoff will set up a battle royale — either a contest between rival Democrat state reps or a quest to turn one more Texas Senate District red in time for the 86th Legislature, which begins in January.

After an election night that handed a surprising defeat to many conservative incumbents and challengers in the Austin area, all Republican eyes are now on Frank Ward, running to be the one conservative on the City Council.

Ward, a city parks and recreation committee member, has made transportation solutions and transparency key parts of his campaign. As a result, many of the city’s decision-makers have lined up behind him, including the Austin Firefighters Association, the Austin Police Association, and the Home Builders Association.

What is unique about this race is, although city races have been partisan for quite some time, Ellis has prominently featured the phrase “Democrat for City Council” on her signs and campaign literature. Ward has not been as openly partisan but gladly mentions his endorsement by the county GOP.

Also of interest in this race is what place Austin conservatives will have on the Council dais, if any, over the next few years. Two years ago, anti-Trump fervor swept out two other Republicans — Don Zimmerman (District 6 in Northwest Austin) and Sheri Gallo (District 10 in West Austin). These districts were created in 2014, when Austin switched from an at-large Council representation system to geographic districts. Two were locks for local Republicans, with Gallo’s district a toss-up.