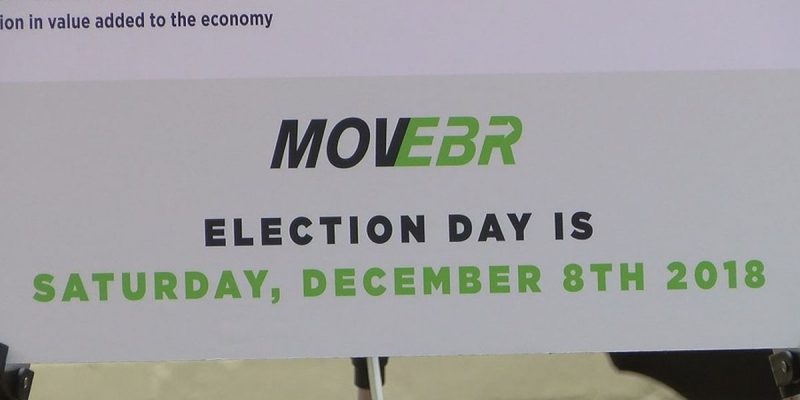 Saturday in Baton Rouge there are a couple of tax hikes on the ballot, which would raise sales taxes by a half cent to a staggering 9.95 cents inside East Baton Rouge Parish, and also to add 1.5 mills to the property tax rate in the parish. On the surface, the dedications of these tax dollars would seem to be worthwhile – the sales tax hike is for road improvements that Baton Rouge certainly needs and the property tax millage increase is for the construction and maintenance of a mental health facility the city-parish lacks.

So a defensible case might be made for passage of these two tax increases. But it certainly won’t be made here.

Quite simply, mayor-president Sharon Weston Broome is an atrocious steward of our tax dollars and shouldn’t be allowed to spend any more of them. Until she demonstrates far more responsibility with the public fisc, any tax increase in Baton Rouge has to be dead on arrival.

Do you disagree? Let’s remember it wasn’t very long ago that Broome misused BRAVE grant dollars to shovel funding to cronies for “work” which had little to no relationship to the intended use of those dollars. It was a brazen misuse of our money, and nobody from the mayor-president’s office was even slightly remorseful about it. Instead they engaged in name-calling of the critics of that waste – if you wanted to see your money spent wisely you were a racist, or worse.

And let’s remember that the Baton Rouge political machine Broome heads has engaged in straight-up robbery of our tax dollars before. There is the $8 million tax increase to support the criminal enterprise that is the East Baton Rouge Council on Aging, which used to be essentially a Meals On Wheels program and is now a publicly funded get-out-the-vote engine for the Democrat Party in East Baton Rouge. There is the $15 million taxpayer subsidy for the CATS bus system which has only slightly more ridership than it had before the voters were hornswoggled into passing it.

And there’s the colossal surplus the library system is running thanks to a far larger tax burden imposed on the productive citizens of the parish than the libraries need. Sure, the library board does a decent job of fiscal management in garnering that surplus, but were they the true heroes of government in East Baton Rouge Parish they claim to be they would be asking to lower millages and free up those funds for higher-priority needs. Instead, most recently they demanded, and got, a millage increase.

Sure, we’d like to see road improvements paid for. Depending on what time of day you leave the house, it now takes two hours, rather than one, to get from Baton Rouge to New Orleans. But we already know that giving these people more money to solve problems doesn’t result in those problems being solved.

And don’t you believe the MovEBR crowd, the people who are pushing this road tax, when they swear all the money will be used specifically to fix the city’s traffic issues. There is so much wiggle room built into this $900 million gravy train it could end up funding all kinds of things you’d rather not pay for. For example…

Emphasis added. That’s the exact wording of the ballot initiative you’ll see on Saturday. You’ll notice that the “community enhancement projects” list isn’t limited to drainage, lights and sidewalks. It just INCLUDES those things. And if you believe they won’t use that built-in wiggle room to “enhance the community” with lots of projects and contracts to benefit Broome’s cronies, then you’re a sucker.

The MovEBR proposal is shot through with these little openings. And you shouldn’t trust them not to take full advantage of your gullibility if this should pass.

Not to mention East Baton Rouge Parish is among the most overleveraged municipal governments in America and their answer is to take on even more public debt. It’s nothing short of insane.

Vote no. Make these people get serious about curtailing their wasteful spending and repurpose it toward the transportation and mental health infrastructure we don’t argue that Baton Rouge needs. The idea there isn’t $6 million per year in a $940 million city-parish budget to fund a mental health facility is pure bunkum, and when taxes are higher now than ever before and the city-parish is spending less on transportation as a percentage of the budget than it did 20 years ago there is zero argument to be made that no current money can be found for road improvements.