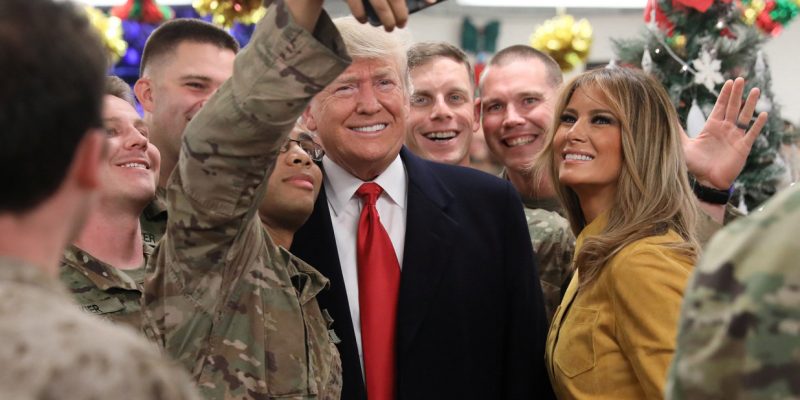 Mainstream media and celebrities have been freaking out– claiming President Trump is the first president who hasn’t visited the U.S. military stationed overseas. Turns out he just didn’t tell them.

Melania Trump is the first First Lady to ever visit U.S. troops overseas. Where is the media? Crickets.

Meanwhile, while they continue to report propaganda the U.S. troops show their support and love for Trump.

After years of being sent overseas, Trump is finally bringing home troops from Syria.

Interested in more national news? We've got you covered! See More National News
Previous Article Is Sheila Jackson-Lee a Pedophile?
Next Article Should this Decorated Navy SEAL be referred to Court-Martial?