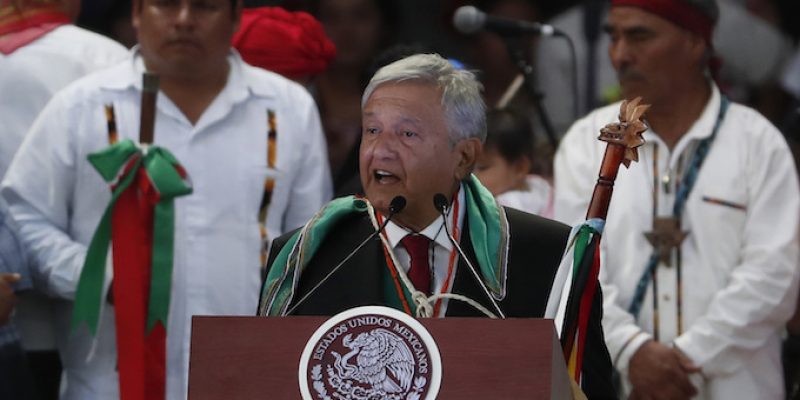 He told reporters that he had a “friendly and respectful” telephone conversation with President Trump, saying Mexico’s plan to solve the migrant caravan issue would cost $5 billion.

“The conversation was very good, friendly and respectful. And we talked about the migration issue and the possibility of reaching an investment agreement to support productive projects,”Lopez Obrador said at a recent press conference.

The plan, part of Mexico’s proposed 2019 budget, Lopez Obrador said “should create jobs in Central America and Mexico so that people do not have “the need to migrate.”

“I mentioned (to Trump) that we have this $5 billion plan that is already contemplated in the budget, which is going to be delivered (to Congress) this Saturday,” Lopez Obrador said.

He stated that he and President Trump agreed “on good terms” to hold talks between themselves as their countries’ leaders “to sign a joint investment agreement.”

It would be “a joint investment agreement, which would include companies, and of course the governments,” the president said.