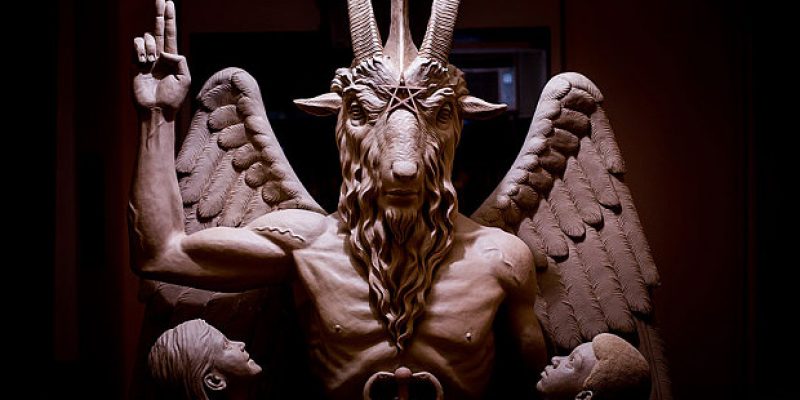 Eric Sprankle, a Minnesota State University associate professor and satanist, says “there is no definition of consent” that constitutes God impregnating the Virgin Mary. In reality, he suggests, God may have been a sexual predator. Mary was raped. Jesus was a product of rape between a supernatural being and a human.

The virgin birth story is about an all-knowing, all-powerful deity impregnating a human teen. There is no definition of consent that would include that scenario. Happy Holidays.

His tweet has obviously gotten a lot of replies. One reply includes citing the New Testament text from the Gospel of Luke:

Sorry. LK 1 26:38 states clearly that the angel communicated God's plan for Mary and in verse 38 she agreed. Whether you believe or disbelieve, it helps if you actually read the text.

Still, the professor replied with more insanity. He obviously did not read or understand the text, and why would he if he’s a Satanist. Sprankle actually tweeted:

“The biblical god regularly punished disobedience. The power difference (deity vs mortal) and the potential for violence for saying ‘no’ negates her ‘yes.’ To put someone in this position is an unethical abuse of power at best and grossly predatory at worst.”

Sprankle, a self-described “secularist” has tweeted images linked to witchcraft including the “Sigil of Baphomet,” which “became associated as the foremost symbol of Satanism [after] the Church of Satan and Dr. LaVey’s use of it,” according to The Church of Satan.

The “church” (a misnomer if there ever was one) states, “We know that it shall continue its dark reign in minds and hearts for years to come as the preeminent visual distillation of the iconoclastic philosophy of Satanism.”

Sprankle topped his Christmas tree with an “Inverted Pentagram of Black Magic” according to a picture he recently tweeted. 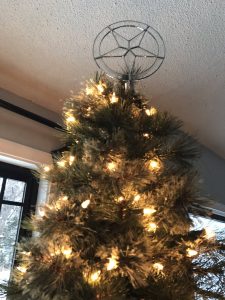 One Satanic website explains the meaning behind the symbol:

The pentagram (pentalpha) comes from the Pythagorean tradition. The goat’s or ram’s head within it refers to the Goat of Mendes, a symbol of the Egyptian Neter Amon, who was called “the hidden one, he who abides in all things, the soul of all phenomena” and is thus the closest Neter to the Dark Force which is seen to permeate and motivate all nature. The two concentric circles which contain the word “Leviathan” written in Hebrew (starting at the lowermost point and moving counterclockwise) stem from the traditions of the Ophite (serpent) Jews, and this is the essence of the Dragon of the Abyss, descended from Tiamat, sometimes symbolized as an ouroboros (serpent biting its own tail forming a circle). Thus, in one sigil, we find a confluence of several cultures’ approach to embodying what we call Satan.

He also tweeted a picture of a Christmas elf named “Jake” with his “friend,” a figurine of Baphomet.

Jack made a friend. pic.twitter.com/3rnkdQPMJo

Baphomet is depicted with a human body and a three-horned goat head, which mocks the biblical title of Jesus Christ as the Lamb of God. The goat head represents the Devil, and the two fingers in the air represent a Masonic hand sign. On its chest is a rod with two snakes, which represent good and evil. The snake is the servant of Satan. For more on the occult, go here.

Contrary to Satanist Sprankle, Christians know quite well that Mary MAGNIFIED THE LORD.

One of the most beautiful songs in the New Testament to the Glory of God was by Mary, the Mother of Jesus.

Mary was not raped. Mary was in awe that God would choose her to give birth to His Son, the Savior and Christ child. She calls God Holy. She glorifies God.

of the humble state of his servant.

From now on all generations will call me blessed, for the Mighty One has done great things for me—holy is his name.

His mercy extends to those who fear him, from generation to generation.

He has performed mighty deeds with his arm; he has scattered those who are proud in their inmost thoughts.

He has brought down rulers from their thrones but has lifted up the humble.

He has filled the hungry with good things but has sent the rich away empty.

He has helped his servant Israel, remembering to be merciful to Abraham and his descendants forever, just as he promised our ancestors.”