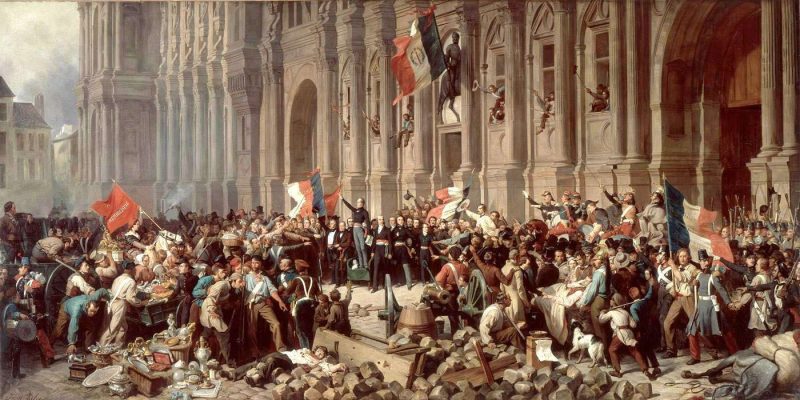 The words “Left” and “Right” are, undoubtedly, the most common terms used to differentiate the political leanings of groups of people as well as individuals on what is considered the political spectrum, with few bothering to question the nature of the spectrum’s opposing poles. Unless you’ve been living under a rock all your life, you should be fairly familiar with them. But where did we get these terms and the concept of this particular “spectrum” to begin with?

The terms were coined during the French Revolution by the revolutionaries, and actually referred to the preferred seating arrangements of politicians in the French National Assembly, with the anti-royalists grouped on the king’s left side, and the supporters of the monarchy seated to his right, creating a physical representation of the “spectrum”, as the French would have seen it at the time, with the primary conflict being between those of liberal and those of conservative ideals, relative in terms of the monarchy. Over 200 years later, this terminology has been incorporated into American political lingo, and is used ubiquitously, almost without exception.

The problem with these terms is that they are products of one specific political situation, and in themselves are far too vague for any universal application. In this age, they are at best unhelpful and at worst dangerous, as anyone can attribute whatever understanding they wish to them. This has led to much disagreement between those on the “Left” and those on the “Right” as to what exactly those vague directions may mean. One may say that “Far Right” is fascism and that “Far Left” is Communism. Others say that fascism is a “Leftist” ideology while placing anarchy somewhere in the center. How can we even argue when the words have countless definitions by everyone? We can’t, and that is why we should get rid of them.

Language is important, or at least I hope so. I’m sure I don’t have to try and convince anyone here that language helps us understand one another and communicate, not only person to person, but with the past as well. It is so vitally important – especially now when it seems that basic words like “man” and “woman” are completely misunderstood – that we should take a firm stance on the true meanings of these words. So what words are best when we drop the “Right” and “Left?”

The much more universally applicable spectrum would be this: that one side desires collectivism, while the other desires individualism.

This departure isn’t too radical. Are you on the Left? Then you probably, in some way, desire a more collectivist political system to live under. Are you on the Right? Then you would likely prefer less government control of people’s lives. The terms we should be using are “individualism” and “collectivism” because they are easily defined, and far less slippery. They leave little room for confusion or distortion, and once we begin to use them, the field begins to clear and the “spectrum” becomes more manageable. The distinction between the “Left” and the “Right” is, as most people understand it, how much control one believes the government should have. Why not use more specific terms that actually describe what these ideas are? Individualism is the political inclination to give individuals more control of their lives by surrendering some sense of safety for freedom. Collectivism is the political inclination to give the government more control over individuals by surrendering freedoms for safety. No need to muddy the waters.

Now as a conservative, why would I believe this is a necessary distinction? Well, that’s because the “Left” thrives on vagueness and lack of distinction.

Look at a couple of examples: the blurred lines between the genders, the amoral sexual spectrum, and just flat-out rejection of truth in the pro-“choice” movement. The need for distinctions is important for us conservatives to prove that the leftists are completely unfounded in their so-called “principles” and are the enemies of truth in every sense of the word.

In a world where all we have is “left” and “right”, why not call conservative leaning folks Nazis? The mask falls, however, when you replace “right-winger” with “individualist”, as Nazis are undeniably collectivists, no ifs, ands or buts about it. As if by magic, this weapon is suddenly removed from the “left-wing” columnist’s arsenal. If he wants to call us extremists, he should call us anarchists, but that doesn’t work the emotions quite the same way as the Holocaust does, and doesn’t usually hold up to much scrutiny either.

As conservatives, let’s refuse to be boxed-in by these terms that are constantly used against us, whenever the collectivists are so inclined. This change would give us a new way to challenge their arguments, for if we are confident in our beliefs, precision can only help us in our cause. It is absurd to waste time defending ourselves from being called “Nazis”. Instead, we should be using the clarity of proper distinctions to trap the leftists, or rather, the collectivists, in their own game.