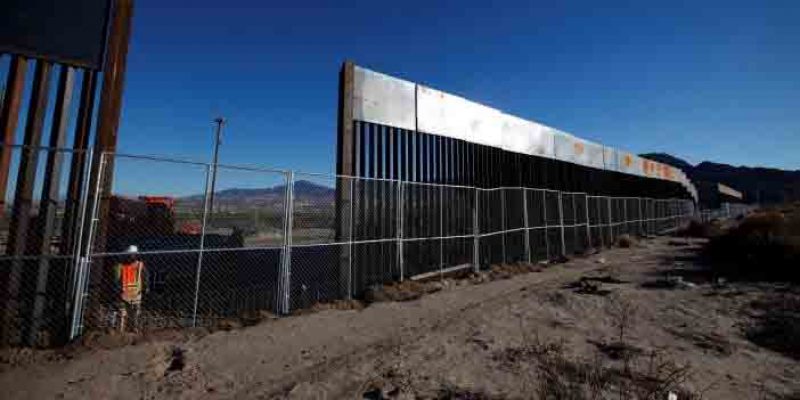 Support for President Trump’s border wall hit a record high in a new Quinnipiac University poll this week as did a GoFundMe account, which raised more than $11.7 million in four days.

According to Quinnipiac, 43 percent support the wall, an increase from 33 percent from the company’s early 2017 poll. But a greater number, 54 percent, oppose it.

The Quinnipiac poll indicated that more Americans will blame the president and his party than Democrats, by 51 percent to 37 percent.

“A blunt holiday greeting card for President Donald Trump: Don’t build a border wall and don’t shut down the government to try to get it done,” said Tim Malloy, assistant director of the poll.

Trump has threatened a government shutdown if Congress does not pass a bill funding the required $5 billion to fund it.

Regardless– Americans have taken to GoFundMe to do what Congress won’t: raising money to build the border wall.

Founded by Brian Kolfage, a Purple Heart Recipient and triple amputee veteran, the site is linked to:  www.WeFundTheWall .com.

The Quinnipiac poll found that 12 percent of respondents said building the wall should be Democrats’ top priority when they take control of the House next year. Among Democrats, 19 percent said they wanted their party prioritize to prioritize the wall.

Among all priorities categorized, health care topped Democrats’ list with 31 percent, with the environment coming in second.

Among Republicans, 52 percent immigration was their top priority.

Interested in more national news? We've got you covered! See More National News
Previous Article Merry Christmas From The Whole Hayride Gang!
Next Article Five Secure Alternatives to get away from GMAIL surveillance