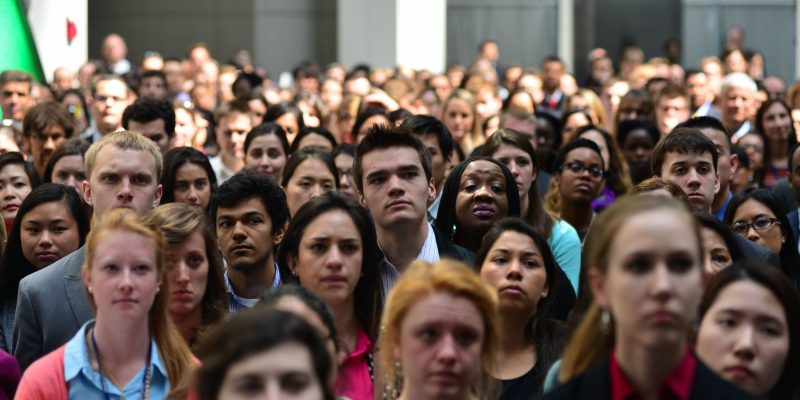 Several financial reports and comparisons indicate that millennials are worse off than their parents and are experiencing what economists describe as “downward mobility.”

Researchers from the National Bureau of Economic Research (NBER) along with economists from Stanford University, Harvard University and the University of California at Berkeley identified specific examples of downward mobility in a study earlier this year.

They compared data to measure the pre-tax family earnings of children and parents when they were about 30 years old.

The study found that about 90 percent of children born in 1940 ultimately exceeded their parents’ incomes. Those born in 1940, known as Baby Boomers, were affected by both the Great Depression, which caused declining incomes, and by the economic boom of the post-World War II era, which raised incomes.

More recently, the Federal Reserve produced a report, “Are Millennials Different?,” that found that while Millennials’ consumption habits are similar to their parents’ and grandparents’, they have far less money to spend.

The report analyzed spending, income, debt, worth, demographics among Millennials, Generation X, Baby Boomers, the Silent Generation and the Greatest Generation. It compared financial and cultural milestones among Millennials and their parents and concludes that Millennials are less financially well-off than their predecessors were at the same age, with “lower earnings, fewer assets and less wealth.”

They argue that Millennials, born between 1981 and 1997, “have fallen behind because of the impact of the financial crisis” of the Great Recession. Millennials grew up during a time with historically weak labor demands and unusually tight credit conditions, which contributed to their spending habits, and more importantly, not having money to spend, the authors note.

Financial obstacles, the authors suggest, might have created “attitudes toward saving and spending” that might be “more permanent for Millennials than for members of generations that were more established in their careers and lives at that time,” the authors found.

Increased health care costs and college tuition costs that outpace general inflation are listed as key financial obstacles. Likewise, according to a National Institute of Food and Agriculture (NIFA) report, Millennials can’t afford to buy homes even though they work full time.

Despite high costs and less savings, their preferences for consumption do not appear to be different than those of earlier generations.

“It remains to be seen whether having reached adulthood during those unfavorable years will have permanent effects on their tastes and preferences,” the report concludes.

The Federal Reserve report notes that the “Great Depression left a lasting impression on the Greatest Generation,” but it remains unclear the extent to which the Great Recession will leave a lasting impact on Millennials.