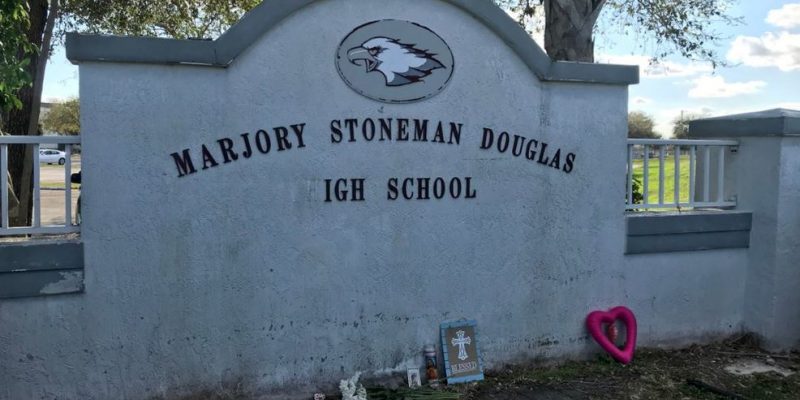 A federal judge ruled that Broward County schools and the Broward County Sheriff’s Office had no legal duty to protect students during the shooting at Marjory Stoneman Douglas High School, the Sun Sentinel reports.

Bloom ruled that the two agencies had no constitutional duty to protect students who were not in custody.

“As previously stated, for such a duty to exist on the part of defendants, plaintiffs would have to be considered to be in custody” as if they were prisoners or patients of a mental hospital, she wrote.

Peterson was the only armed person at the school when Cruz showed up with an assault rifle and murdered 17 people, in addition to wounding 17 others. Peterson hid while Cruz went on a shooting spree.

“His arbitrary and conscience-shocking actions and inactions directly and predictably caused children to die, get injured, and get traumatized,” the lawsuit claimed.

Medina knew Cruz and saw him arrive on campus, but did not confront him, suit alleged.

The lawsuit argued that the Sheriff’s Office and School Board “either have a policy that allows killers to walk through a school killing people without being stopped. Alternatively, they have such inadequate training that the individuals tasked with carrying out the polices … lack the basic fundamental understandings of what those policies are such that they are incapable of carrying them out.”

Bloom’s ruling directly conflicts with the previous ruling a Broward County judge in a related case.

In this case, Peterson’s lawyer applied for a dismissal to a lawsuit filed by the family of Meadow Pollack, one of 17 killed in the shooting. Broward Circuit Judge Patti Englander Henning rejected his argument that Peterson had “no legal duty” to protect the students and faculty.

Englander Henning ruled that Peterson had a duty to the school community as someone whose job was security and who had an “obligation to act reasonably” under the circumstances of the shooting.

The judge also found Peterson was not protected from the lawsuit by “sovereign immunity,” a legal doctrine that shields public employees from legal action based on their official conduct.

Joel Perwin, Pollack’s attorney, said: “We don’t think it’s even debatable that Peterson had a duty to these students. “Peterson’s disclaimer of any legal responsibility is a mirror of his abdication of his responsibility for these kids.