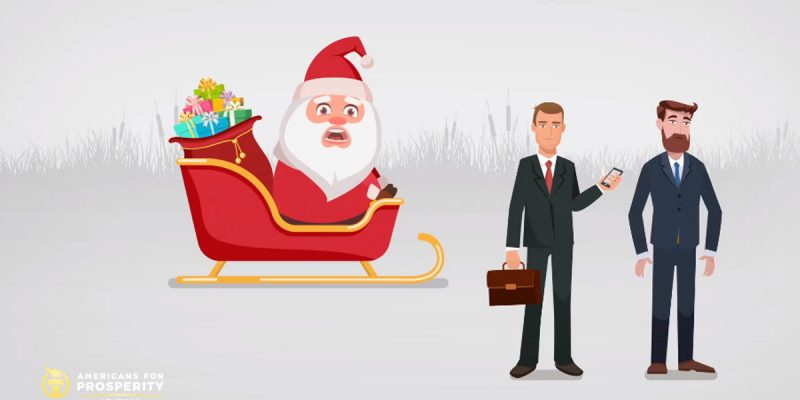 We covered this a good bit in a post last month, but at the time we were assured that the concrete, asphalt and general contractor lobbies weren’t actually pushing for an increase in the state’s gas tax but rather creating an advocacy campaign to come up with creative means of financing infrastructure improvements in Louisiana – whether those might entail public-private partnerships, reprioritizing money the state already has, reorganizing the responsibilities for roads (Louisiana has far more state highways and fewer city and parish roads than most other states, meaning local governments don’t have enough responsibility for road maintenance) and other changes which might result in better management of Louisiana’s transportation infrastructure.

But no, these guys want a gas tax increase. They just don’t want to admit that until they can get legislation in front of the House of Representatives in the spring. And somehow they believe they can actually pass a gas tax hike in an election year, which seems absurd to us.

Frustrating those plans is Americans For Prosperity’s Louisiana chapter, which dropped this over the weekend…

But despite talk of a leisurely campaign, there are signs that the group may try to get a legislative debate on raising the gas tax in Louisiana’s election-year legislative session, which begins April 8.

“I have heard from multiple people … that there will be legislation brought in 2019,” said John Kay Jr., state director of the Virginia-based group Americans for Prosperity.

The group is launching 15-second ads displayed on the video screens attached to gasoline station pumps in metro areas urging motorists to reject a push by “special interests” to raise the gas tax.

“I think everybody in Louisiana can agree that we need to improve our infrastructure,” Kay said.

“The problem is, every time we need to fix something, state government goes to the people and asks them to send more money to Baton Rouge,” he said.

“Louisiana cannot be economically competitive without infrastructure investments,” Doreen O. Brasseaux, president and CEO of the American Council of Engineering Companies of Louisiana, said in an email.

Backers contend that, with a $14 billion backlog of road and bridge needs, the state cannot afford to wait until 2021 to tackle the issue. That year is often cited as the next likely time for a gas tax debate since 2019 is an election year and any 2020 debate would require a special session.

“We have got to have better transportation means,” said Michael Olivier, CEO for the Committee of 100 for Economic Development Inc. and a member of the board of directors for the coalition.

“We have conferred with everyone from the Department of Transportation to the governor to lawmakers about what legislation could look like,” Oliver said.

Olivier said that while a gas tax bill may be filed in 2019, it “may not even see the light of day” but instead be used as a way to raise awareness for transportation needs.

Here’s the reality, though – it’s impossible to pass a 26-cent increase in the gas tax, which is the number we keep hearing, at this legislature in an election year. Moreover, the public isn’t going to buy a gas tax hike after absorbing SEVEN BILLION DOLLARS in tax increases from this governor and this legislature in the past three years without having anything to show for it. Remember, Louisiana is offering nothing new or extra to taxpayers now that it didn’t offer before – no new schools, no new hospitals, no new roads or economic development projects to speak of, not even a new stadium or levee. Nothing. That seven billion dollars went straight into the pockets of state workers and recipients of government benefits, with no investment in infrastructure at all.

And now, after $7 billion poured down a hole, they want more money for infrastructure.

In other words, it’s lunacy to push this gas tax.

But the heart wants what it wants, and so Ponti slogs onward in his crusade for your money. Next year’s legislative session opens April 8.