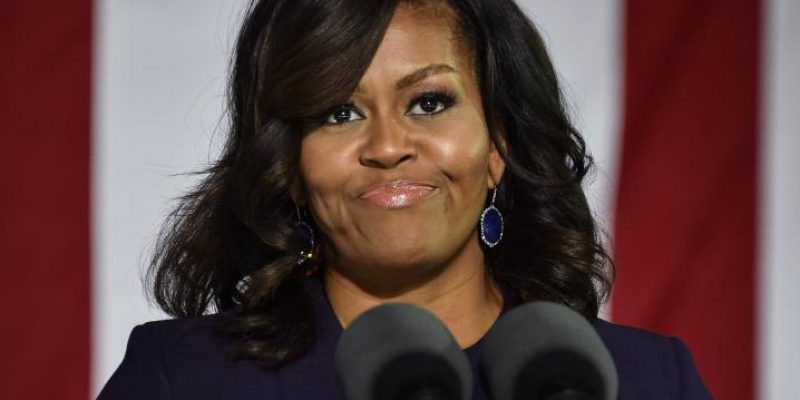 This past weekend in Brooklyn, N.Y., former first lady Michelle Obama spoke to a packed crowd at the sold-out 19,000-seat Barclays Center and in true form could not hide her disdain for others whom she thinks are beneath her.

While promoting her new book, “Becoming,” Obama swore in front of the crowd and dismissed Facebook CEO Sheryl Sandberg’s 2013 book, which sparked the “Lean In” movement.

She referred to Sandberg’s self-help advice as “s***” that often “doesn’t work.”

Obama told the sold-out crowd that women can’t experience equality in their professional and personal lives “at the same time,” calling the idea a “lie” and said, “marriage still ain’t equal, y’all.”

“And it’s not always enough to lean in, because that s*** doesn’t work all the time.”

Obama then realized she said that out loud. And added, “I forgot where I was for a moment” as attendees laughed and applauded.

“I thought we were at home, y’all,” she added. “I was gettin’ real comfortable up in here. All right, I’m back now. Sometimes that stuff doesn’t work.”

In 2013 Sandberg’s “Lean In: Women, Work and the Will to Lead” book argues that women can be more assertive to overcome workplace inequities and obtain leadership roles. Critics note that her book downplays sexism and in some ways blames women. Sandberg also founded the website Leanin.org.

A percentage of the proceeds from tickets for the event (from $129 to $500 per ticket) went to New York community groups.