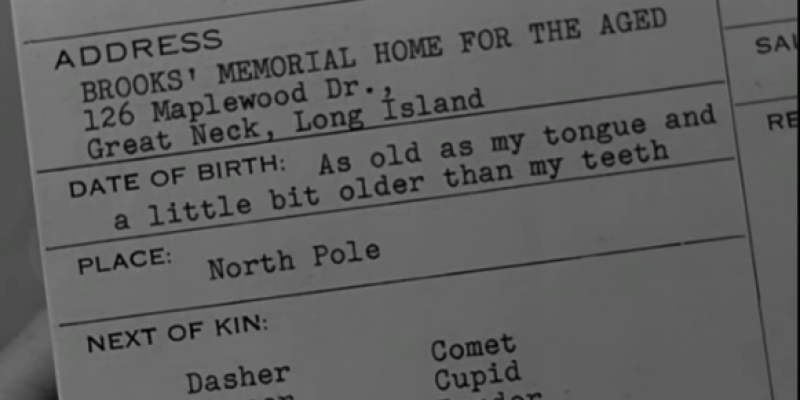 Some of the best Christmas dramas are from the 1940’s, with a few exceptions. Excluding rom-com, these point to aspects of the Christmas spirit: hope, joy, kindness, forgiveness and loving others.

Miracle on 34th Street (1947): Maureen O’Hara stars as a single mother raising her daughter, Susan (Natalie Wood in her breakout role), to be a believer of facts, not fantasies. This reality changes when they meet a department store Santa Claus Kris Kringle played by Edmund Gwenn, who won an Oscar for his performance. “From beginning to end, the film is pure Christmas magic and an enduring reminder of the holiday spirit.”

White Christmas (1947): Bing Crosby and Danny Kaye play former Army buddies who are Broadway producers. They fall in love with singing sisters (Vera-Ellen and Rosemary Clooney) who help them save their former military commander’s snow-covered Vermont lodge from going bankrupt. This is as patriotic and Christmasy as it gets. (The original was in black and white; the color version came out in 1954.)

It’s a Wonderful Life (1946): Acting legend Jimmy Stewart plays George Bailey, who thinks about killing himself on Christmas and is stopped by an angel named Clarence who shows him what his life—and those of his fellow residents of Bedford Falls—would be like without him.

Meet Me In St. Louis (1944): The movie tells the story of the Smith family who grapple with love, loss, and events during Christmas and the 1904 World’s Fair. It’s central character played by Judy Garland, sings a memorable “Have Yourself a Merry Little Christmas.”

The notable exception is based on a true story:

Joyeux Noël (2005): Based on actual events that took place on the front lines of WW1 on December 24, 1914. Starring Daniel Brühl and Diane Kruger, the movie depicts the truce, and camaraderie among British, French, and German troops.