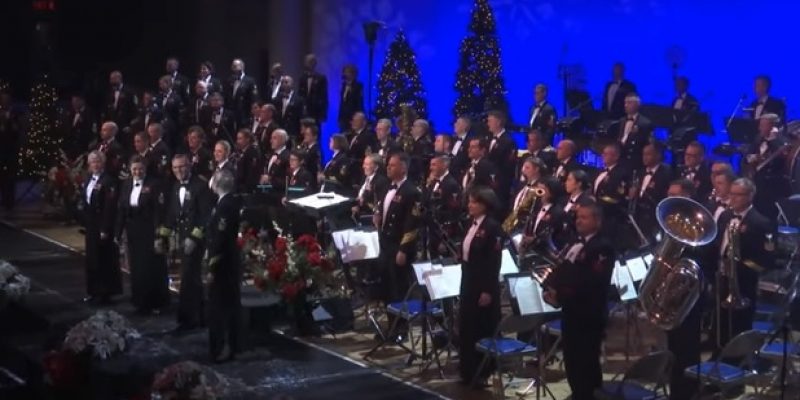 Every December the U.S. Navy Band hosts a concert to help ring in the holiday season, an annual tradition that has “become one of our most highly-anticipated events of the year,” the Navy states. The concert, held on Dec. 15, combined the musical forces of multiple ensembles from the U. S. Navy Band for an entertaining family-friendly show.

Here are the highlights:

Every December the U.S. Navy Band holds a Christmas concert. The band posted a duet played during the concert on its Facebook page:

It's the perfect day for a sleigh ride! We hope you enjoy our Sleigh Ride Duet Fantasy. #NavyMusic

The U.S. Navy is also spreading holiday cheer on its Facebook page– reminding people to celebrate wherever they are, even inside of a submarine.