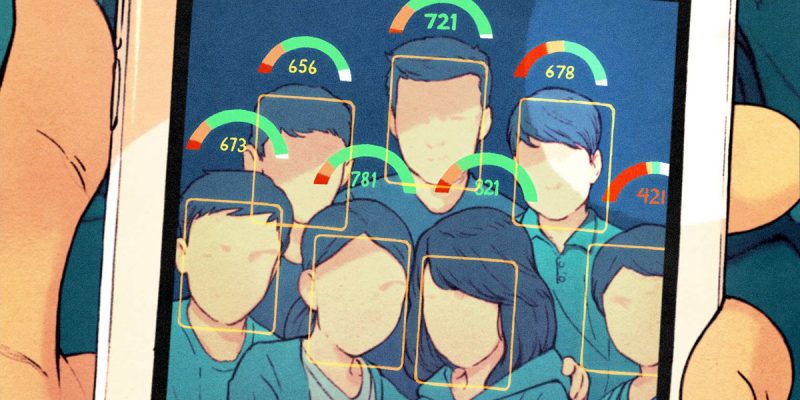 A few years ago, Jonah Goldberg of National Review fame (who has, admittedly, of late become less interesting owing to his somewhat tiresome NeverTrump persistence) wrote an important book called Liberal Fascism: The Secret History of the American Left, From Mussolini to the Politics of Change. Goldberg’s thesis was that unlike in other countries, it was never really possible to impose statist government of the hard-core sort here in America – the American people would never stand for it. In order to seize the kind of power the American Left has always wanted, it’s been necessary to cloak those aims in “liberalism” and happy-face niceties. The old line from George Orwell’s 1984 that the future is a boot crushing a human face, forever simply doesn’t sell here like it has in places like China, Russia or Germany. So you get cultural marxism dressed up as political correctness and “just asking people to be considerate” – because outright, naked censorship is a good way to set people searching for pitchforks and torches in this country.

Even in China the old Maoist style won’t really fly anymore. Not with a population increasingly plugged into the internet – or at least the government-controlled facsimile thereof provided to the Chinese people, not with the increasing middle class that country’s foray into a market economy has produced, and not with the ruling class’ recognition that they can’t just liquidate 50 million of their citizens who don’t want to go along with the newest pronouncements of the Politburo. With a population exploring religion in a search for meaning, with labor and social unrest on the rise and with increasing demands for civil liberties, there had to be some new way to control the population.

And that’s what this social credit system is.

Sure, it starts out sounding like it’s not that bad a thing. You’ve got to pay your taxes and your mortgage, you shouldn’t litter, you can’t beat people up on the street or slap your wife around, you can’t be drunk and disorderly, you can’t let your kids terrorize the neighborhood. Why not impose negative consequences on people who do these things? There ought to be a law, right?

And your score is out there for everybody to see, so it means something.

Except it’s a lot worse than that. In the Vice piece you can see that people with low social credit scores can’t fly first class or get a home loan, they suffer financial consequences and they get stuck with lots of other negatives courtesy of Big Brother. It’s so bad that a bad social credit score in China will disqualify you from going on certain dating sites, attending some social gatherings or even use social media.

And while this system starts with rewards and punishments for things we’d say just qualify as good citizenship, let’s remember it’s the Chinese Communist Party which is running the show. Those seemingly nice ladies with their bureaucratic copybooks are working in service to an organization which has killed the better part of 100 million people in the last 75 years. Can there be any doubt this system will, if it hasn’t already, be abused by bringing political dissent and other “anti-social” behavior into its scoring? Just ask investigative journalist Liu Hu, who published accusations of government corruption and got his social credit score trashed to such an extent that his access to rail travel was suspended and his social media accounts – comprising some 2 million followers – were disconnected, putting him out of business. Because he was “dishonest.”

We already know the abuse of dissidents is the crowning feature of every totalitarian government which has ever held power. That will surely happen here.

This wouldn’t be so chilling if we didn’t already have the makings of it in America without even having an obnoxious socialist government in charge. Just look at conservative provocateur, investigative journalist and occasionally irritating gadfly Laura Loomer, who has been banned not just from Twitter but also from Uber, GoFundMe, Lyft and even Uber Eats (!) for having engaged in controversial activism. There is zero business reason why Loomer’s political speech should have anything to do with whether she can catch an Uber ride or order food from that app.

You don’t need a boot to crush a face forever. You just need Big Tech willing to gang up on disfavored people to make their lives miserable and prevent them from engaging effectively with others. The Chinese merely appear to be pioneers of something which could easily envelop us all.