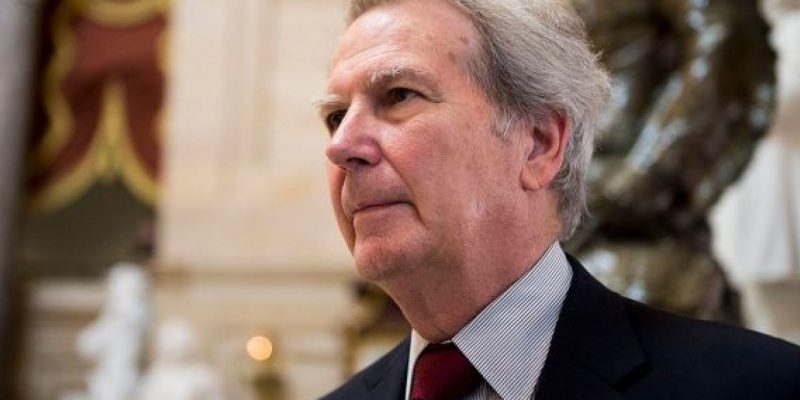 Republican Congressman Walter Jones has represented North Carolina for more than two decades in the US House of Representatives.

Update: Rep. Walter Jones passed away Sunday February 10 at the age of 76. The family provided the following statement:

“After faithfully representing the people of Eastern North Carolina in Congress and the state legislature for over 34 years, Congressman Walter B. Jones (NC-3) passed away this afternoon in Greenville, North Carolina. He was 76.

Congressman Jones was a man of the people. With a kind heart and the courage of his convictions, he dedicated his life to serving his Savior and to standing up for Americans who needed a voice. He was a champion for our men and women in uniform and their families, always mindful of their service and sacrifice.

Congressman Jones will long be remembered for his honesty, faith and integrity. He was never afraid to take a principled stand. He was known for his independence, and widely admired across the political spectrum. Some may not have agreed with him, but all recognized that he did what he thought was right.

He will be sorely missed.”

It became known over the weekend that the thirteen-term representative would be entering hospice care after a broken hip took a turn for the worst.

The national guard veteran seemed to be one of the only people in Washington to get better with time.

In 1982, Jones was first elected as a Democrat to the North Carolina House where he served until 1992.

Rep. Jones switched to the Republican Party in 1994 and ran for South Carolina’s 3rd Congressional district, defeating his Democrat opponent and making Jones the first Republican since reconstruction to represent a large area of eastern South Carolina.

Since 1994, Congressman Walter Jones won every re-election with more than 60% of the vote.

A southern baptist, Jones served as a defender of life, family, faith and freedom. The NRA gives him a 93% rating.

A senior member of the House Armed Services Committee, he regarded the national debt as the biggest threat to national security.

Rep. Jones is perhaps most well-known for his dedication to the Constitution and support for Congress reclaiming its constitutional war powers.

Two years after the initial invasion of Iraq, Jones became one of the war’s strongest critics; arguing that faulty intelligence, the absence of congressional authorization, no immediate threat to the United States and personally attending the funeral of a fallen soldier all led to his change of heart.

“If I had known then what I know today, I wouldn’t have voted for that resolution… I just feel that the reason of going in for weapons of mass destruction, the ability of the Iraqis to make a nuclear weapon, that’s all been proven that it was never there.” – Rep. Walter Jones

His change of position was not the usual flip-flopping we see from politicians, it was genuine and heartfelt. Speaking once to a large gathering of young conservatives, the Congressman held back tears as he reflected on the cost of human life in the Iraq War.

Congressional staffers once voted Mr. Jones the “kindest member of the house” in a survey conducted by Washingtonian Magazine.

“I would rather do what I think is right than to sell my political soul.” – Congressman Walter Jones

Jones is a member of the Liberty Caucus in Congress chaired by Rep. Justin Amash (R-MI).

A life of service by a man of principle, for which our nation is eternally grateful.