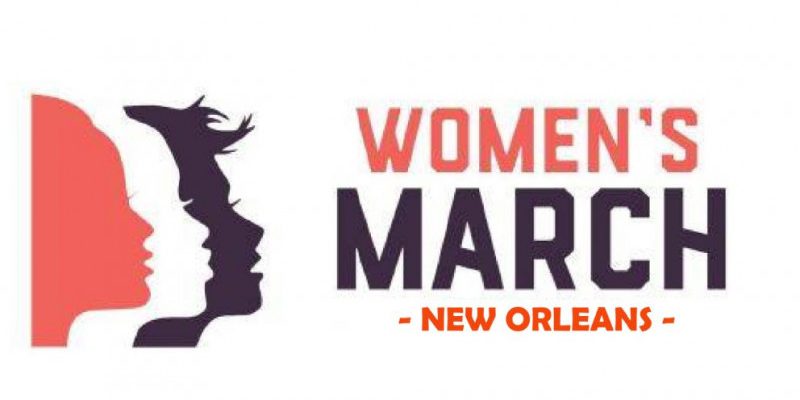 The Jan. 19 “sister march” scheduled to take place in New Orleans was just cancelled as organizers cited a “drastic” drop in participation and fundraising. But the real reason could be that all four of its co-chairs have been asked to resign.

“Due to several issues we have decided it is necessary to cancel the 2019 Women’s March in New Orleans,” the National Organization for Women’s Baton Rouge chapter posted on Facebook.

The NOW chapter, which organized the “2018 Women’s March on New Orleans,” has had serious problems with its leaders apparently. Calls for the resignation of four of its co-chairs — Bob Bland, Tamika Mallory, Carmen Perez and Linda Sarsour — continue to escalate.

“Many of the sister marches have asked the leaders of Women’s March, Inc. to resign but as of today, they have yet to do so,” said the NOW Baton Rouge statement. “The controversy is dampening efforts of sister marches to fundraise, enlist involvement, find sponsors and attendee numbers have drastically declined this year. New Orleans is no exception.”

The first Women’s March was held the day after President Trump was inaugurated in 2017 to protest his election.

“However, this does not mean the end of our momentum in Louisiana,” the statement said. “It’s time to look past the marching and look towards a new stage of the movement.”

The New Orleans cancellation comes as other sister marches in Chicago and Humboldt County, California cancelled their marches– because of leadership.

Three of the co-chairs — Ms. Mallory, Ms. Perez and Ms. Sarsour — are associated with the Nation of Islam and Louis Farrakhan, whom the Anti-Defamation League describes as “America’s leading anti-Semite.”

Ms. Wruble, says she was pushed out of the organization. She now leads March On, a feminist group that explicitly rejects anti-Semitism.

Ms. Mallory and Ms. Perez told The Times that their decision requesting Ms. Wruble to leave the organization had nothing to do with her being Jewish.

In Facebook comments, supporters of NOW Baton Rouge criticized the co-chairs. “[L]eaders like this need to go,” said George Revutsky, to which Leatta Purdue replied, “What a disaster.”

“It really was!” NOW Baton Rouge said. “A terrible way to derail everything, but maybe it is time for a re-tooling? Obviously, it really sucked the joy and life out of the work for this one.”

The Women’s March national group plans to hold its third rally Jan. 19 on the National Mall in D.C.