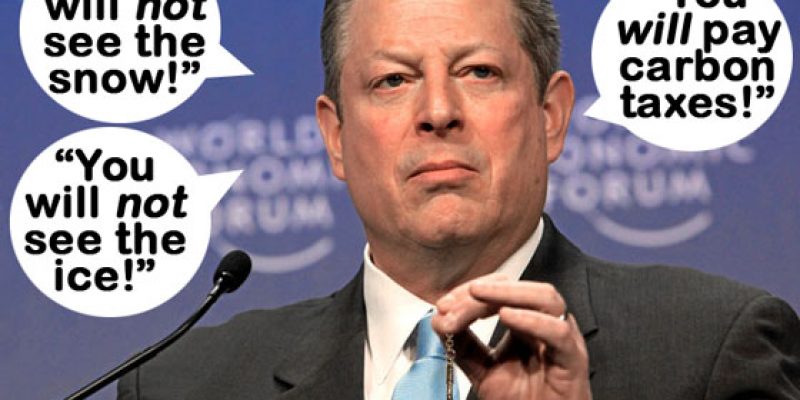 Where is Al Gore?

Weren’t the polar ice caps supposed to have melted by now?

Like parts of Europe, Canada is facing some of its worst winter weather in over 100 years. Ice and snow storms have brought temperatures below -20 degrees.

Ottawa earned the title this month as the coldest capital city in the world– recording its coldest temperatures since 1895, Canada’s national news reports.

How can this be if there are more carbon emissions today than in 1895?

If the world is only getting hotter how can there be so much snow and ice and record below-freezing temperatures?

Must be because of the global warming hoax.