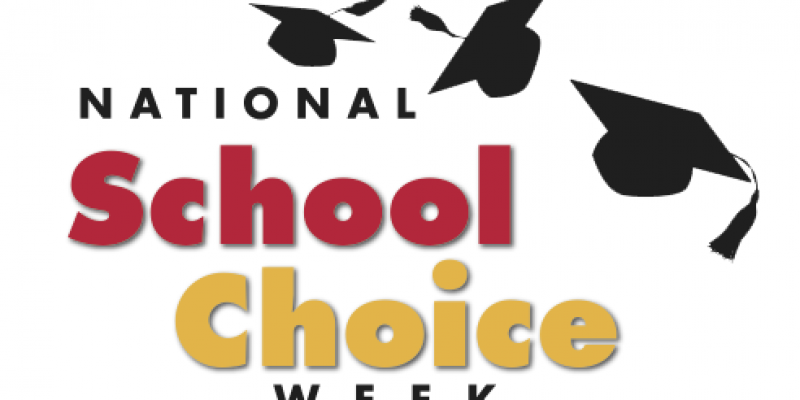 An estimated 10.8 million Americans across all 50 states are participating in National School Choice Week celebrations this week.

Louisiana will celebrate National School Choice Week 2019 with a record-breaking 731 events and activities across the state. There are 1.1 million children living in Louisiana. Their families can choose from traditional public schools, public charter schools, public magnet schools, private schools, online academies, and homeschooling.

NSCW published a map to help families learn more about different school choice options available in their state. It also lists events by state and information about elected officials’ proclamations in support of NSCW.

“School choice means giving parents access to the best K-12 education options for their children” according NSCW. “These options not only include traditional public schools, public charter schools, and public magnet schools, but also private schools, online academies and homeschooling.”

When it comes to access to educational opportunities, the report found that American families “aren’t accessing the schooling types they prefer. More than eight out of 10 American students attend public district schools, but in our interviews, only about three out of 10 parents said they would choose a district school as a first preference.”

A plurality of current and former school parents (40 percent) said they would send their child to a private school if they had the opportunity to choose. Slightly more than one-third of parents (36 percent) would choose a district school. Nearly equal proportions said they prefer a public charter school (13 percent) or want to home-school their child (10 percent).

“Far too few people know their options – and far too many parents are unable to access the schooling type they’d prefer if resources were not an issue,” EdChoice President and CEO Robert Enlow said in a statement.

Last year was the first time a sitting Secretary of Education, Betsy DeVos, spoke at a NSCW rally in Washington, D.C. A philanthropist and school choice advocate in Michigan, DeVos has dedicated millions of dollars to expanding school choice before she was picked to lead the federal agency.

This year, in Devos’ home state of Michigan, a record-breaking 1,394 NSCW events and activities will be held across the state for its 2.2 million children.

DeVos has come under fire by teachers unions for statements she made about them. She said in an interview with Fox Business Network, “The teachers union has a stranglehold on many of the politicians in this country, both at the federal level and at the state level, and they are very resistant to the kind of changes that need to happen.”

DeVos maintains that unions are “really protective of adult jobs and not really focused on what is right for individual students.”

DeVos’ platform includes expanding school choice, increasing the number of privately run charter schools, vouchers and similar programs. She argues that choice “empowers and allows parents to make decisions on behalf of their individual children because they know their children best.”

According to an extensive meta-analysis published by the Peabody Journal of Education, which included 90 studies on the effects of religious private schools, charter schools and public schools, the highest level of academic success was achieved at private religious schools.

The study found that “the private sector outperforms the public sector in the overwhelming majority of cases. … even when sophisticated controls are used to adjust for socioeconomic status.”

Greg Forster, a senior fellow with the Friedman Foundation for Educational Choice, points to 12 empirical studies that examined academic outcomes for school choice participants. Of them, 11 found school choice improves student outcomes; six found that all students benefit, and five that some benefit and some are not affected. One study found no visible impact. No empirical study has ever found a negative impact, Forster notes.

Allowing students to use vouchers to attend private schools would increase educational performance and attainment, Forster adds, and benefits the taxpayer.

“These popular scholarship programs give students educational opportunities they couldn’t otherwise access,” Charles Mitchell, president and CEO of the Commonwealth Foundation, said in a statement. “While demand for scholarships has skyrocketed, program caps are leaving thousands of children trapped in schools that don’t meet their needs. Our kids’ futures don’t belong on a waiting list. It’s time to raise the limits and give families and students the options they are demanding.”

In Pennsylvania, 1,803 NSCW events and activities are being held across the state for its 2.7 million children.

The majority of this article was first published on Watchdog.org.