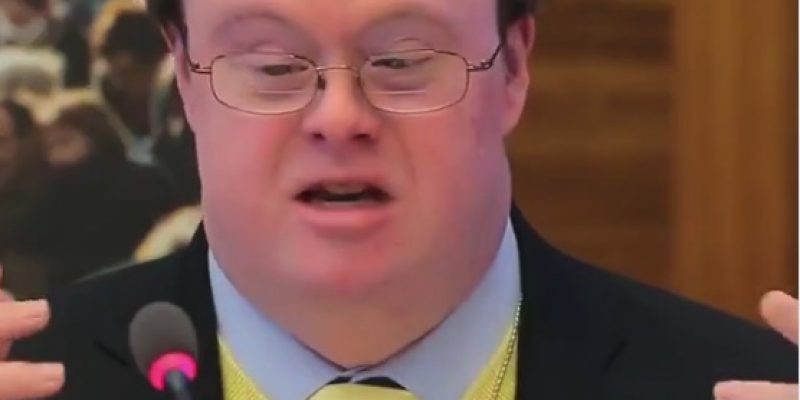 According to the new law enacted by the New York State Legislature and alleged eugenicist Andrew Cuomo, all down syndrome children would be identified as killable before and after birth.

The Stop Discriminating Down and Lejeune Foundation helped give a platform to speak at the United Nations about the meaning of life to a down syndrome man, John Franklin Stephens. He argues that all life has value, including his own.

Still, today, women are given the choice to have an amniocentesis test performed to determine any genetic markers that could identify their baby as being deformed or having any physical disorders or having down syndrome. If identified, parents could choose to end that baby’s life by having an abortion.

If aborted at a Planned Parenthood, the baby’s body parts are then sold to “research organizations” who then “donate” money to the abortion business.