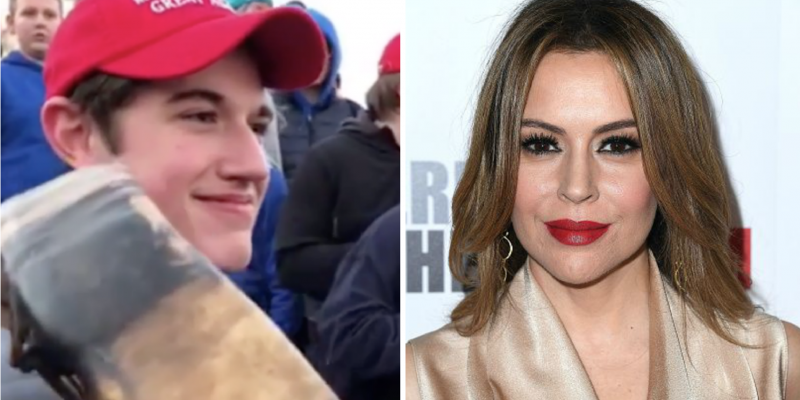 Nick Sandman, the Covington Catholic high school student who was bullied and falsely accused of harassing a Native American man who was paid to protest at a pro-life rally and march, is suing individuals and organizations for libel and defamation. And the list is pretty long.

His attorneys are preparing letters for possible libel and defamation lawsuits, the Cincinnati Enquirer reported.

“They know they crossed the line. Do they want 12 people in Kentucky to decide their fate? I don’t think so.”

McMurtry added that the letters are meant to put an end to the instant attacks from the media before the facts are in. He said:

“We want to change the conversation. We don’t want this to happen again. We want to teach people a lesson.

“There was a rush by the media to believe what it wanted to believe versus what actually happened. For the mob to just go tear apart a 16-year-old boy is inexcusable. He’ll never be able to get away from this.”

According to the Enquirer, the list of recipients includes:

Interested in more national news? We've got you covered! See More National News
Previous Article One of the best Super Bowl ads of all time: We build it [video]
Next Article According to the New York “abortion” law people like John Franklin Stephens would be killed