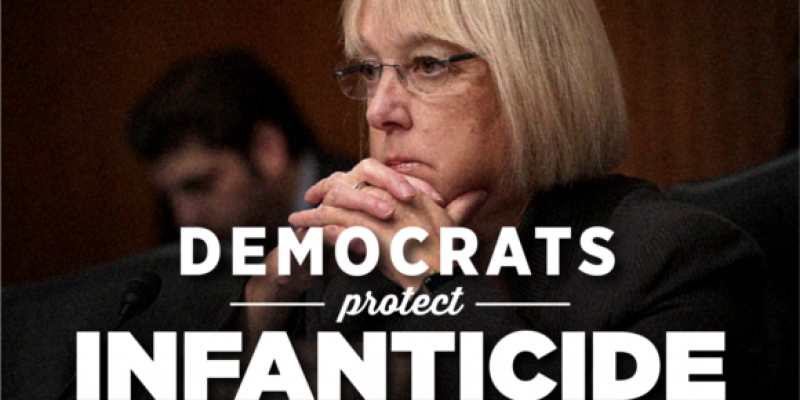 A recent vote in the U.S. Senate regarding what is essentially post-birth abortion has conservatives and moderates alike feeling like they are in “the twilight zone”.

The unfortunate reality is that forty-four United States Senators, all Democrats, voted to block a bill that would have ensured medical attention if a baby survived a botched abortion.

The Born-Alive Abortion Survivors Protection Act (S.130) introduced by Senator Ben Sasse (R-NE) failed to reach the 60-vote threshold needed largely due to the united opposition of Senate Democrats who defeated the bill along partisan lines 53-44.

The legislation, if passed, would have threatened Doctors with criminal charges if they did not render healthcare to a child born-alive during or after an attempted abortion.

Among the forty-four dissenters, six in particular stand out from the crowd- the Senate Democrats who have announced their campaigns for President of the United States:

At what point did late-term abortion become old news and what amounts to post-birth negligent homicide become the new trend for the left? It’s a sickening development that should serve as a warning to Christians ahead of the 2020 Presidential election.

President Donald Trump tweeted his disgust over the vote:

“Senate Democrats just voted against legislation to prevent the killing of newborn infant children. The Democrat position on abortion is now so extreme that they don’t mind executing babies AFTER birth… This will be remembered as one of the most shocking votes in the history of Congress. If there is one thing we should all agree on, it’s protecting the lives of innocent babies.”