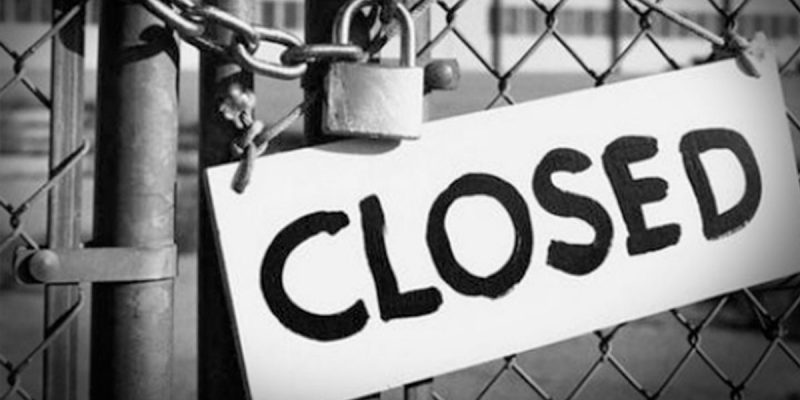 Some Republicans like myself are growing hoarse by sounding the alarm that the economic policies of our governor, or should I say the negative economic policies, are driving our state to economic decline. Further that, with the exception of a brief period during Governor Jindal’s term, they are to a great extent the fundamental basis of out-migration of Louisianans. In an editorial the Advocate’s Mark Ballard ridiculed our concerns by attacking them as,”Entertaining, perhaps, but the invective misses a larger migration issue.”

This particular editorial went on to intimate that out-migration, in a time of historical national growth, was in fact a mere movement from small towns to urban areas or out of Louisiana. It went on to make the case that this was caused to a great extent by overwhelming debt brought on by bad local government decisions.

Huh? What is Ballard talking about?

History is replete with examples of small communities that have disappeared when their economic reason to exist disappeared. A classic case are the ghost towns of the West that were formed to support now-ended mining industries.

It is a fundamental fact of economics that people come together to form communities when they believe that it suits their best interests. There is always a fundamental economic engine that provides the capital to sustain that small community. It may be the proximity to a larger city, it may be a manufacturing or transportation center, or it may be a regional agricultural center. No small town can form or exist without an economic underpinning and when that underpinning decays the fundamental reason for that community goes with it.

We all have a somewhat romantic vision of small-town America. When the economic backbone of a town disappears there is always an appeal to heartstrings of state government to save the town. But any state rescue is doomed to be short-term at best. Only a sustainable economic basis provides the resources for a small community to survive beyond the short term.

So now in an effort to belittle those of us who would suggest that an anti-economic growth governor is a problem, the Advocate seeks to change the conversation. But let’s look at a simple case study. The Advocate cites a series of towns as examples of small Louisiana communities that don’t have the resources to maintain their infrastructure and may require state intervention. The Advocate, in an effort to cover our failed state economy, pulls on our emotional desire to help these small towns in their struggles. The usual answer falls back onto evermore state support to keep what may be economically obsolete entities afloat. That would be the politically easy answer for the governor and I have no doubt that will be the governor’s answer.

But there is a far better approach so let’s do a mind experiment by imagining that our governor wanted to or had the political courage to do what is necessary to have Louisiana become a pro-growth state. To be fair none of his predecessors have had that inclination either but he is the current governor and has the opportunity to do what is necessary now.

Let’s assume, as is the usual case, that the small town in our mind experiment is dying because of little opportunity for jobs. More and more mobile people mainly, the educated and younger people, have been moving away for years leaving behind less mobile people, many who depend upon town services but who contribute little to town coffers. Town fiscal resources are declining fast. In desperation town leaders are convinced to undertake massive debt to cover its costs, but it’s ability to repay is ominous due to a lack of town resources. Failure is looming.

Now imagine that our state had a pro-growth strategy. Instead of a declining business base, business would be attracted to or start up in this town and jobs would start to develop. People responding to the availability of those jobs would move back and at the same time the town’s would revenues tick up.

Over time building a strong economy, not one supported by big government, would re-create a vibrant town where once was a dying community. Now I am not so naïve to suggest that generations of the loss of economic basis can be solved in a short time or that all small towns will benefit, but a pro-growth strategy over time will give many communities the foundation on which to prosper. Don’t want to believe this can actually happen? I suggest a car trip through many parts of our nation where this scenario is exactly what makes small towns thrive.

This discussion has revolved around the discomfort of small towns. But in truth our big communities are suffering from the same forces. After decades of their failing economic basis and liberal government leadership many are mired in equally poor circumstances. The same fundamental rules apply in larger cities that apply to small towns, just in larger amounts; cities can’t spend more than they have, cities can’t increase fiscal resources unless they have a growth economy to generate growing revenue, state subsidy is limited and short term.

Because of their economic mass big cities respond much more slowly to violation of these economic laws but over time the results are always the same. In response to bad state economic and local liberal policies many of our state’s larger cities are already declining and they too face the same fate as small towns do. New Orleans is a perfect example of what was once a vibrant community with a strong economy and quality infrastructure and government functions. Today it is suffering economic decline and failure of its government to be able to supply fundamental services. Detroit, Baltimore and Jackson, Mississippi are simply further down the same road the Big Easy is traveling.

We all should be gravely concerned by the out-migration of our best and brightest. It is a clear red flag of economic malaise. Our governor and his predecessors are and were unwilling to take on the entrenched politics of the populist state and we are all suffering. The Southern Miracle of the last decades has passed us by and unless the people of our state are willing to elect those who will change our direction we will continue to decline.

No amount of media attempt to distract us from the truth can change basic laws of economics. It seems that almost every month Louisiana is ranked last or nearly last on lists of places that are attractive to business There are fundamental policy reasons for that and I challenge the Advocate to stop being an apologist for the governor and do a deep dive into what failed economic policies look like.

Our state’s failure to live up to its duty to the people by correcting fundamental policy failures that drive so many of our people to out-migrate is not “entertaining.”

Interested in more news from Louisiana? We've got you covered! See More Louisiana News
Previous Article AVALLONE: Being Kept In The Dark In Shreveport, New Orleans
Next Article Video: More than 100 law enforcement vehicles line up to defend barrier-less Texas town from 1800 illegals