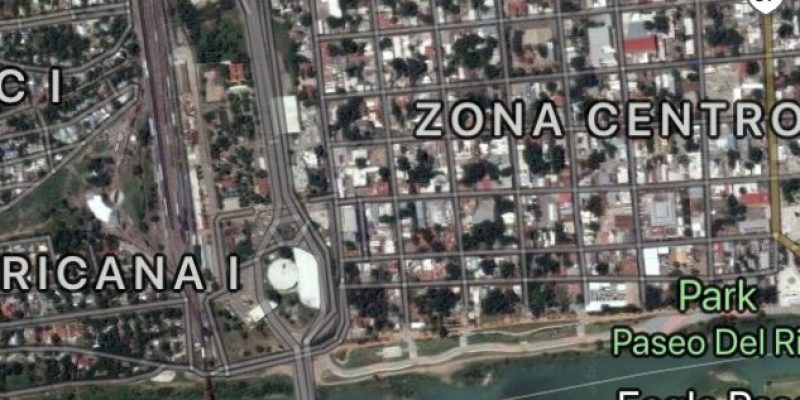 More than 60 law enforcement vehicles have lined the Texas side of the Rio Grande River, which presents the only separation between Texas and Mexico. More than 100 U.S. police vehicles lined a one-mile stretch of the Rio Grande River in Eagle Pass, Texas, Saturday afternoon. Sixty sat together in one section of the river on a local golf course, local news reported.

Lining the river bank is what Border Patrol agents are calling a “show of force” hoping to warn illegals whom the Mexican police helped transport across the country to the border town, Piedras Negras, Mexico.

EAGLE PASS, TEXAS — More than 60 law enforcement vehicles lined up on the border in what Border Patrol is calling a “show of force” to warn caravan migrants who are just over the Rio Grande River in Piedras Negras against illegally crossing pic.twitter.com/wXopZp8etu

“To me, it’s like showing force. It would give a message to the immigrants that want to come illegally through Texas that Texas is always prepared and have a lot of manpower at the border — that they would go to another state,” said Maverick County Sheriff Tom Schmerber told the Washington Examiner.

According to Schmerber, 500 Department of Public Safety personnel are in Eagle Pass. This number excludes Border Patrol agents that came from other parts of the state, military members, including active-duty, National Guard, and Texas State Guard. An additional 250 members of law enforcement are expected to arrive in the next few days.

According to U.S. Customs and Border Patrol:

On Thursday Jan. 31, CBP became aware of a caravan of people from Central America traveling towards the border areas of Piedras Negras, Coahuila, Mexico—South of Eagle Pass, TX—and Ciudad Acuna, Coahuila, Mexico—South of Del Rio, Texas.  To ensure the Ports of Entry (POE) are not overrun by a large number of people attempting to enter the U.S. illegally, CBP has taken steps to harden the port.

Currently, hardening materials are arriving to the POEs in Eagle Pass, Texas, to act as impediments to illegal crossers. These include Connex containers, K-Rails and several spools of Concertina Wire (c-wire).

For now, CBP is relying on organic resources from Eagle Pass and other Texas ports of entry for staffing. However, on Feb. 5, U.S. Army personnel—including medical personnel, engineers and Military Police—arrived in Del Rio.

The Central Americans arriving in Piedras Negras traversed Mexico fairly quickly by using buses and trucks, to make their way to the border region.

Show of force is working: