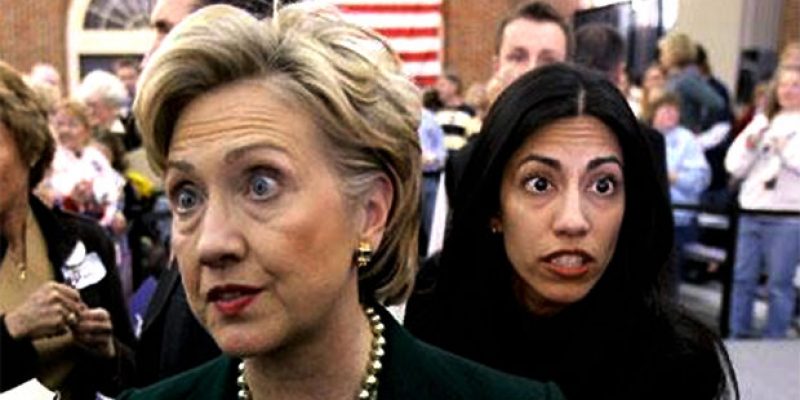 Tom Fitton, the president of Judicial Watch, argues there’s enough evidence to arrest Hillary Clinton for mass corruption. The amount of information obtained through Clinton’s emails is so damning that it’s enough to “put her behind bars for decades,” he says.

Her mishandling of classified information found on Anthony Weiner’s laptop is so overwhelming, he says, her arrest should be imminent. That is if the law is applied the same to the Clintons as everyone else, which have already seen it is not.

We've known for some time the Clinton investigation was a sham and corrupt. The text messages are further proof. Clinton email investigation should be reopened. More than enough evidence, especially on classified info abuse, to arrest Mrs. Clinton now. https://t.co/4kESgfIKRj pic.twitter.com/v7duss0QIu