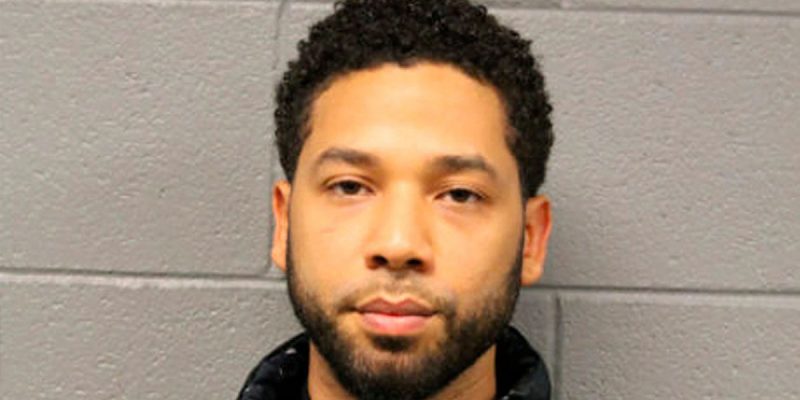 The Jussie Smollett case isn’t anything new. Three decades ago a black teenager in New York vanished for a few days before being found smeared with feces, her hair and clothes torn up, and a racist term scrawled on her.

The young woman, Tawana Brawley, claimed to have been kidnapped and raped by a group of white men, one of whom was allegedly a cop..

The accusation was amplified with the help of a rising and increasingly influential political activist named Al Sharpton.

Brawley refused to cooperate with the investigation into the claimed assault yet her family proved to be happy to accept assistance from those who believed her story and were sympathetic.

Aa the media heat increased and suspicions grew about the details that pointed to a fabricated tale, Brawley’s advisers threw gasoline on the tense situation by making absurd and defamatory claims to distract the public from the inconvenient evidence.

Yet even Sharpton & Co.’s blue smoke could not conceal the reality of what actually happened as witnesses and forensic evidence shredded Brawley’s story.

Sharpton and others were slapped with pricey court judgments though the reverend proved to be the embodiment of the political adage that there is no such thing as bad publicity.

Catapulted into the national spotlight, Sharpton would leap from one protest to another, trading his trademark athletic gear for business suits.

Brawley herself faded into the ether but the episode would essentially lay the foundation for hypersensationalized news stories involving isolated engagements between people of different races and sexual assault.

It was not about the facts of the case pertaining to the act but the race of the actors and the seriousness, though not necessarily credibility, of the charge.

The national media cannot get enough of these divisive stories where facts get lost in the dust clouds of manufactured social rage.

A few weeks ago it appeared the fourth estate hit the jackpot.

Actor and political activist (aren’t all entertainers these days) Jussie Smollett, who is gay and black, claimed he was assaulted on the streets of Chicago by two Trump cap-wearing white assailants and that a noose had even been tied around his neck.

The immediate outrage over the purported assault from the media and political class was intense, with California US Senator Kamala Harris declaring the assault on the “gentle” Smollett being a modern day lynching.

That two guys wearing MAGA hats would be walking around Chicago while carrying a rope at night in extreme cold weather didn’t strike anyone as far-fetched?

For the record, Trump got 21% in Cook County. Chicago is as much Trump Country as Tehran is a bastion of Zionism.

Very quickly Smollett’s story began to unravel and the Harrises of the world who were lightning-quick to condemn Kavanaugh have stammered out a need to wait for the facts of the case to come out. How judicious of the former district attorney!

It has been reported that Smollett’s motivation was to enhance his media prominence, which would in turn lead to bigger paychecks.

That he’d be a political martyr too could earn him Time Magazine’s Person of the Year honors.

But the exposure of his Vince Marinello-esque self-lynching might lead him to new and unwelcome career choices.

Not even Sharpton is expressing sympathy.

Smollett 1) lied about a crime, 2) exploited racial tensions across the country, 3) diverted police resources away from one of the most violence plagued cities north of the Rio Grande to chase his caper, 4) attempted to defame tens of millions of Americans as potential lynch mob members because they support Trump, and 5) called out Americans for not buying what he was selling.

And for what it’s worth potentially set up some guy in a red hat to get brutalized by those looking to avenge Jussie.

I guess there’s greater indignity for an actor than to be considered unconvincing by the denizens of flyover land.

Just reading Smollett’s twitter feed alone is a tell that Jussie just ain’t right. And his language is far from gentle.

So why did Smollett think he could’ve gotten away with it?

Perhaps Smollett thought his race and sexual orientation would obligate people to believe him?

Or that the national media’s hostility towards anything related to Trump would protect him from an investigation?

For certain he could count on the entertainment industry and Democratic politicians to get his back, including the sponsor of the federal anti-lynching law.

Fortunately the Chicago police and local media proved to be vigilant and didn’t just take the Empire actor at his word.

We live in a society that lionizes victims, not heroes and where the pursuit of a grievance is as much a path to success than the pursuit of excellence (see Colin Kaepernick).

Jussie Smollett, who had immersed himself in leftist politics, saw the world around him and merely sought to take advantage of the existing conditions, not fearing consequences.

Has anything ever happened to the “conductor” of the infamous Kavanaugh race train lie?

Smollett’s isn’t the first MAGA hoax story to get exposed for what it was.

And if the actor were to receive a stiff sentence and the kind of professional hardships that have been dealt to those who have run afoul of political correctness and not actually have committed a crime then there won’t be as much incentive for folks to pull similar stunts.

But if Smollett were to escape any kind of real consequence, then get ready for Tawana Brawley 3.0. Because that’ll be coming shortly.