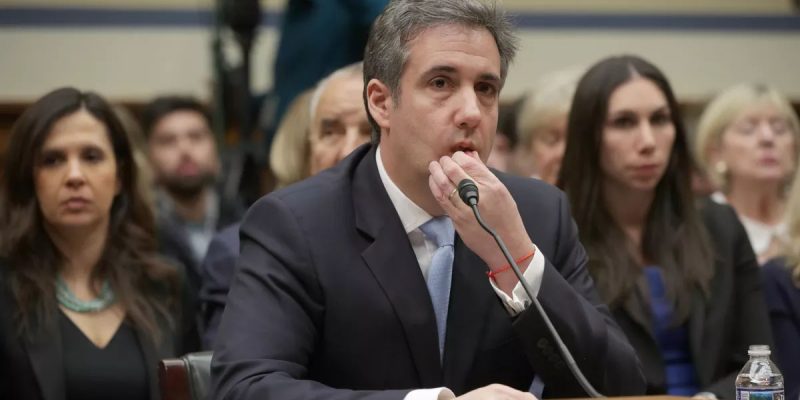 By holding the Cohen “hearing” on the same day the President of the United States was on foreign soil attempting to negotiate the denuclearization of North Korea, the Democrats showed the American people once and for all that they are not patriots.

Article III of the U.S. Constitution defines treason as, “Treason against the United States, shall consist only in levying War against them, or in adhering to their Enemies, giving them Aid and Comfort.”  The Democrats did exactly that. They gave aid and comfort to our enemy, North Korea, a country with which we are still at war.  They intentionally scheduled the Cohen hearing to take place while the President was on a diplomatic mission in Vietnam attempting to negotiate for peace with North Korea.  They did this with the knowledge and intent to weaken the negotiating position of the President, and to negatively affect the outcome of the conference.

North Korea saw the spectacle put on by the democrats and assumed that the President would be desperate to make any deal to be able to declare the summit a success.  President Trump did not fall for their tactics.  He did what every good negotiator would have done under the circumstance, walk away from the table.  The President knows that North Korea is a failed state, and that they are desperate to escape the crippling sanctions imposed by the United States. However North Korea also knows that the only guarantee they have to protect their criminal regime is the threat of nuclear attack against South Korea, Japan, and even potentially the United States.  They will not easily give up their nuclear shield.

It is in every American’s interest for President Trump to be successful in his attempts to negotiate for the denuclearization of North Korea, and for peace.  The democrats showed the American people that their hatred of President Trump, the duly elected leader of our country, outweighs any love they have or have ever had for their country.

The democrats sank to a new low by calling Cohen, a disgraced attorney and convicted felon, before congress to smear and personally attack the President while he was engaged in crucial foreign policy negotiations half a world away from home. To hold that circus of a hearing, while the President was on foreign soil can be seen by any patriot as nothing less than treason.