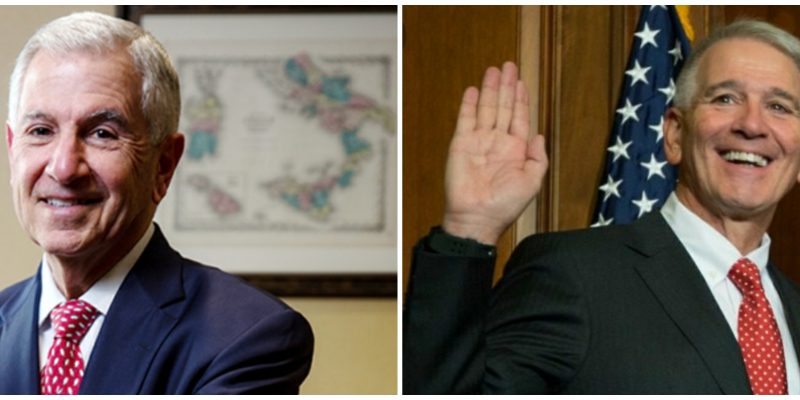 Voters can now get their first look at the 2018 fundraising success of the three announced candidates for Governor of Louisiana.

There are little to no surprises as Governor Edwards maintains his multi-million dollar lead with a war-chest he’s been building since 2016. Both Republicans appear to have gotten a good start, raising hundreds of thousands of dollars with one of them making good use of their personal wealth.

In an interview, General Consultant Lionel Rainey dismissed that accusation, “We haven’t slowed at all. Momentum’s only building, and we are very happy with the place that we are in right now.. We know without question that we will have enough money to run this race.. I think that question has been answered. Yes, he’s got the ability to raise money, a significant amount.”

Abraham appears to have a Super PAC named “Securing Louisiana’s Future” campaigning on his behalf which has yet to release fundraising numbers.

Businessman Eddie Rispone made good on his promise to contribute $5 million of his personal wealth to his campaign, giving him a great head-start that begins to close the multi-million dollar advantage of Governor Edwards. Rispone also raised a cool $550,000 from donors in 2018.

Rispone’s Communications Director provided The Hayride with the following quote:

“With Eddie running as a first time candidate, you have to be happy with his performance thus far; he raised $379k in December alone. Our donor support has been overwhelming since January and look forward to the April filing deadline. Further, Eddie’s infusion of over $5 million in personal funds have allowed us to campaign full time. We know this race will likely cost upwards of $10 million. That doesn’t scare us.” – Anthony Ramirez, Rispone for Governor

The lone Democrat Governor in the deep south sits on a war-chest of more than $8,500,000. The Westpoint graduate has raised money from a national network of Democrats and has even been tossed around as a potential candidate for President. While that may be an opportunity win or lose in 2019, his re-election would surely boost his political capital for 2020.

John Bel also has a Super PAC campaigning on his behalf called “Gumbo PAC” which boasts an additional war-chest of $2.1 million.