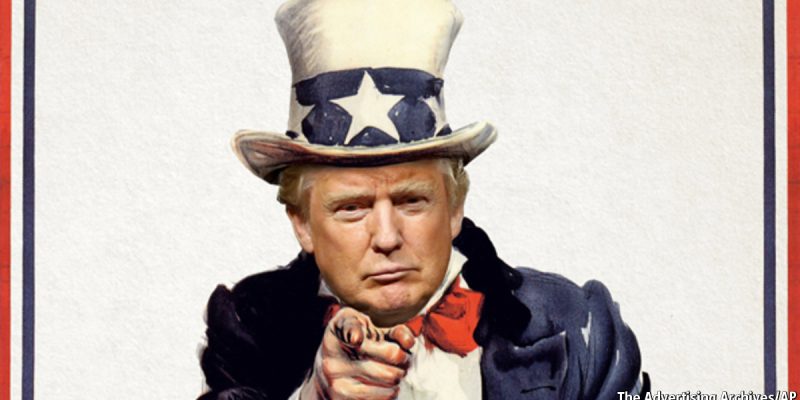 Happy Presidents’ Day, or as we call it in Louisiana, George Washington’s Birthday.

Last year I argued why Louisiana has the official designation of this holiday right while the federal government has it wrong, but in the spirit of yuge mattress store savings sales across the fruited plain, let’s go with the generic and talk about some of the men who held the office, badly.

If scholars were to put together a contemporaneous ranking of presidents, we all know who would be #44- Donald John Trump.

Comparisons to Hitler are regularly hurled at Trump, which is an obnoxious absurdity that underscores the failures of the universities, secondary education complex, and the establishment media.

Not only is Trump not Hitler (why must this be spelled out?), on his worst day, Trump would not even be the worst president.

Let’s look at some of the unsavory presidential precedents Trump has not committed.

He has not rounded up American citizens en masse due to ethnic suspicions nor has he confiscated people’s gold, both being egregious actions taken by President Franklin Roosevelt.

The remains of some of these Japanese internment camps still stand today, including one in Rowher, Arkansas that has interpretative signs narrated by Star Trek actor and forner punnyman and now Trump-troller George Takei, who had been confined there with his family.

And you want to learn something ironic: one high profile government official who is now associated with villainy (and other less flattering things) opposed the Japanese internment- J. Edgar Hoover.

The FBI Director reported that his intelligence operatives did not consider Jaoabese-Americans a sabotage risk.

But FDR wouldn’t listen to his experts either.

And if you’re truly outraged about a White House and federal bureaucracy that has been thoroughly infiltrated and compromised by Moscow then you should start a change.org petition to remove FDR from the dime.

Teachers and professors shriek about McCarthyism but leave out the parts how the Soviet Union got the atomic bomb.

Or that Roosevelt’s vice-president Henry Wallace was considered such a stooge of the Kremlin that his own party staged their own preemptive coup to force him to dump Wallace for Harry Truman.

Sticking with the totalitarian theme, another thing Trump has not done: permit the jailing of political dissidents.

Woodrow Wilson, the hero of statists and future Democratic presidents, can’t say that.

Socialist presidential candidate Eugene Debs was imprisoned for violating the Sedition Act of 1918, which had been signed into law by Wilson.

Debs’s sentence was commuted and the anti-war activist was freed from prison by Republican Presidential Warren Harding in his first year in office.

Admittedly the Trump cabinet hasn’t comprised of all-stars, but it’s not the aforementioned Harding’s gallery of rogues either.

As for Trump’s bluster, can you imagine the things that would’ve been posted on Teddy Roosevelt’s account had Twitter existed back then?

Trump might have coined the term (and hashtag) fake news but another New York Republican had his own unkind name for media malpractice: yellow journalism.

And his face got put on Mount Rushmore!

And as for the economy, we are currently enjoying a decidedly unHooveresque job market and business climate with the only corner of the country to see 15,000 jobs instantly vanish being Alexandria Ocasio Cortez’s Queens.

And there’s been no immigration amnesty handed out (looking at you Ronnie).

And sticking with Republican presidential boo-boos, Trump has appointed the best slate of SCOTUS justices in recent history.

So if you work for the government, enjoy your paid (but not furloughed) day off.

You don’t have to like Trump but you can’t say he is the worst.

That would be #FakeHistory.