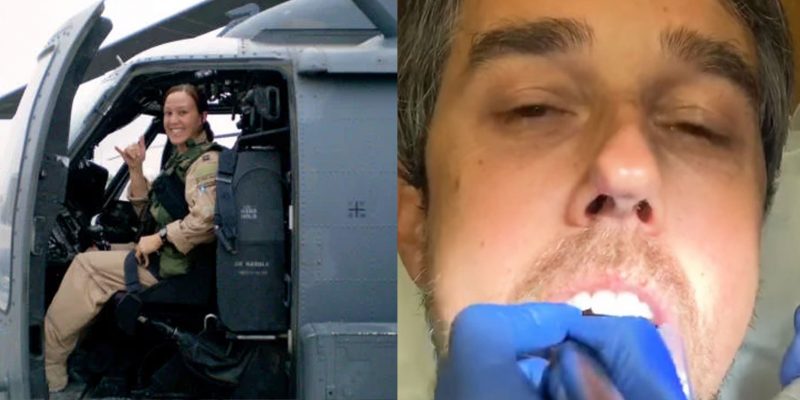 Citing an anonymous source (a no-no in journalism unless necessary to protect life and limb, but still …) Politico.com reported that U.S. Rep. Robert Francis O’Rourke met with Senate Minority Leader Chuck Schumer to discuss a possible bid in 2020 against Texas Sen. John Cornyn.

He’s apparently not alone in the potential Senate bid.

You might remember Congressman O’Rourke as the “Beto O’Rourke” who recently organized a counter-rally against Trump’s El Paso, Texas, appearance last week. Beto, prior to November, was essentially the Texas Democratic Party’s poster child for its (failed) statewide slate.

(And citing yet another anonymous source, Politico noted that if O’Rourke were to run, he would have the support of state Rep. Joaquin Castro, the identical twin brother of Julian Castro, a Democrat presidential prospect and Obama-era HUD secretary — relevant because Beto has been beating around the bushes regarding a possible run for the White House.)

Despite many gains made by Democrats in legislative and judicial seats, Beto’s ticket-leading campaign was not enough to upset the cherry red apple cart of GOP dominance in the Lone Star State. No where was this more apparent than in Texas Congressional District 31 where Hollywood cash and liberal-progressive hopes gave the limelight to a Democrat opponent against Central Texas Republican U.S. Rep. John Carter. M.J. Hegar, whose campaign ads focused on her storied military career as a chopper pilot, made an impressive run but finished out with just under 48 percent of the vote — indeed impressive, considering the deep-red make-up of the district. See below for our analysis of the race:

Now that the “Shoot Like a Girl” memoir author has her sights locked on the upper chamber, no one’s taking the threat lightly. A campaign email from Sen. Cornyn had this to say:

“In breaking news, MJ Hegar has announced she’s interested in taking my seat, and we saw last cycle how much she can raise. Even worse, she’s taking cues from Wendy Davis, who is pulling the strings …”

Politico has also suggested Wendy Davis, the former Texas  state Senator and gubernatorial candidate best-known for her abortion advocacy, may also be interested in joining the Senatorial Primary free-for-all.

Analysis: While Sen. Ted Cruz came within 3 percentage points of Beto O’Rourke, Sen. Cornyn — perceived as being the more moderate of the two Republican Senators from Texas — is in the cross-hairs of Democratic strategists eager to take the GOP-led Senate where Cornyn has served as Majority Whip. However if the 2020 Senate Primary becomes crowded with serious contenders such as O’Rourke, Davis, and Hegar, then they could easily drain each others’ bank accounts, giving Cornyn an easy walk to re-election against whoever the king of that hill will be. But this scenario depends greatly on whether a Republican challenger will emerge, and what his or her chances would be. Anonymous sources tell us (hey, turnabout is fair play!) that Allen West is being courted, and former rival Dwayne Stovall is raising funds for a second run on the GOP side. So far it looks like Cornyn has the home-field advantage and a Democratic challenger would have much fundraising and fence-mending to do in a short amount of time in order to be competitive. Cornyn maintains a war chest of about $6 million, which is a respectable start.