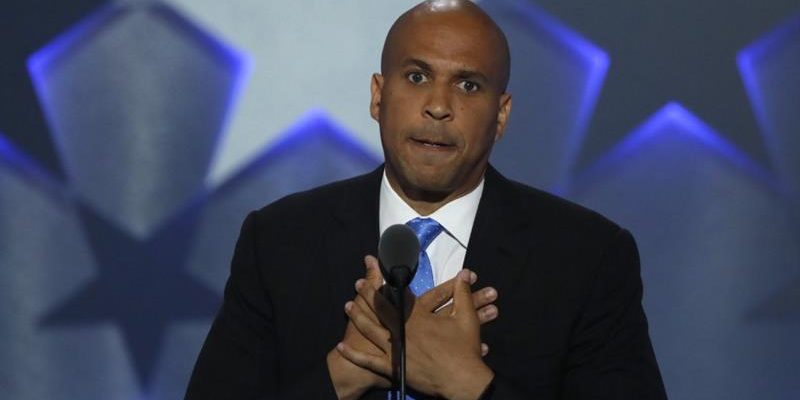 Booker, who is a product of Yale University, does not know that Swiss people generally speak one of four official languages: German, French, Italian and Romansh. They also speak Swiss-German and English. None speak Swiss, as there is no such language.

In Cedar Rapids, Iowa, he was asked a question by a reporter from Swiss radio. The exchange was transcribed and posted on Twitter by CNN executive producer David Galles.

Booker first mangled Spanish when he asked the reporter “Tu hablo espanol, Si?” (This is grammatically incorrect.) The the reporter said, “No, Swiss radio.”

Booker then said: “Swiss! Yeah, I do not speak Swiss. (Laugh) I cannot even say ‘Swiss cheese’ in Swiss,” according to Mr. Galles’s transcription.

Here's video of the exchange from Friday night pic.twitter.com/rm5e4wlGti

Booker is not the only politician to invent European languages– or be completely ignorant about them.

In 2009, Barack Obama talked to an Austrian TV reporter at a press conference in France about “wheeling and dealing” in the U.S. Senate. He said, “I don’t know what the term is in Austrian.”

Except “Austrian” isn’t a language. The official language of Austria is German, although they also speak other languages, just not “Austrian.”

These reporters are all familiar with these English words, and their translations for them: idiot, stupid, embarrassing.