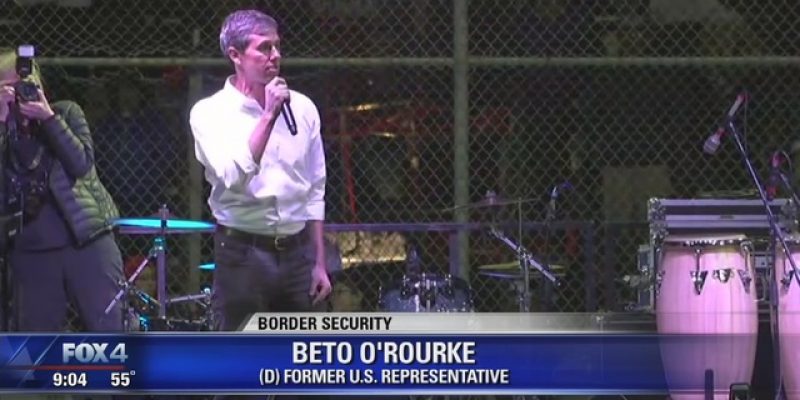 Something else not reported on about the El Paso Beto O’Rourke rally was the fenced barrier between him and some in attendance– while he talks about his opposition to building a border wall between the U.S. and Mexico.

Ironic that one who supports open borders and no border wall would have a fenced barrier at his own #MarchforTruth event, whatever that means.

.@BetoORourke taking time after to talk to people who came to the #MarchforTruth. @KXAN_News pic.twitter.com/OrZc8QgxAp