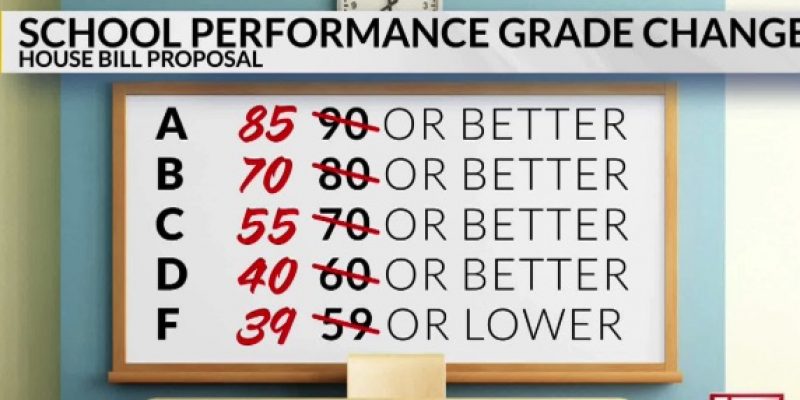 The North Carolina General Assembly is considering changing the grading scale used in state public schools– which will only harm its students and make them less competitive further down the road.

Current grading systems, nationwide, and in North Carolina, used a grade of 60-percent (D grade) as failing. However, since so many students are getting D’s apparently, the state legislature has decided to change the grading system. The new scale would change a failing grade to anything less than 40 percent– which is already an F grade.

The new scale would be:

The current grading system is:

The legislature is proposing up to a 20 PERCENT change in the grading system. This by other standards is called CHEATING.

What the legislature may not realize is that students are failing for a reason– and will continue to fail– regardless of the grading system– unless the underlying cause is fixed.

Perhaps the problem lies in the legislature that operates on “funny math” or “Common Core” math, which might explain their ludicrous thinking.

Residents of North Carolina should oppose this insanity. It only hurts their kids.