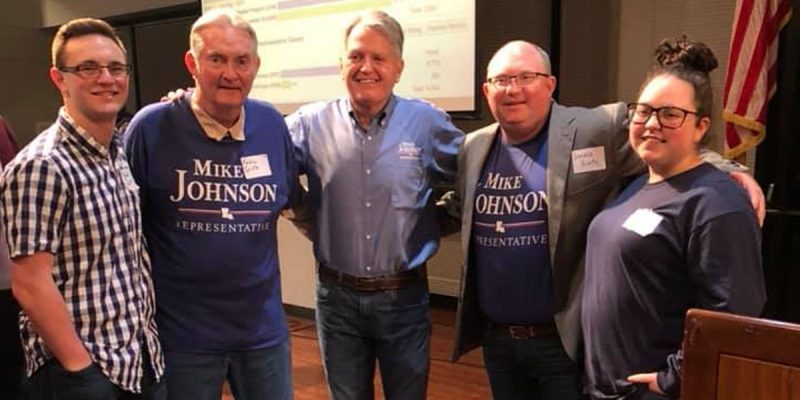 It wouldn’t quite be accurate to say that from a conservative point of view Saturday’s special elections for the seven seats in the Louisiana House of Representatives left open by various members’ resignations went totally according to plan, but at least in three of those cases new Republicans were elected with impressive majorities – headlined by Mike Johnson’s amazing 92 percent showing on the way to victory in District 27.

The results last night were as follows… 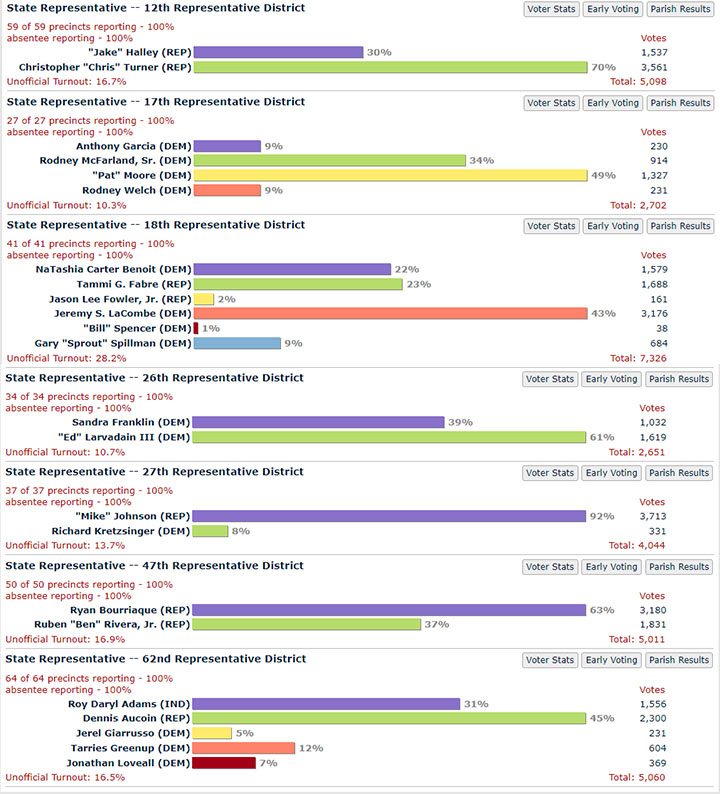 As you can see, Ruston businessman Chris Turner’s commanding 70-30 victory and Cameron Parish administrator Ryan Bourriaque’s 63-37 win send both to the State Capitol with a significant mandate from the voters. Alexandria Democrat Ed Larvadain will also be headed to the Legislature with a mandate, having garnered 61 percent of the vote.

But in next month’s runoff elections there will be some drama in a pair of seats conservatives were hoping to move to the right from their previous occupants.

In House District 62, formerly held by current West Feliciana Parish President Kenny Havard, conservative Republican Dennis Aucoin was hoping to win outright in the primary. He fell just 216 votes shy of doing so in a five-person race and will face independent Roy Daryl Adams, a former Democrat who owns a grocery store in Jackson, Louisiana. Aucoin, the former president of the East Feliciana Parish policy jury and the owner of a logging business, will have to either gin up a larger GOP turnout or siphon off some Democrat vote in order to edge past Adams in the runoff.

But in House District 18, a seat Republicans are hoping to flip from D-to-R after Democrat Major Thibaut left it to become Parish President in Point Coupee, the results weren’t as encouraging. Republican Tammi Fabre was hoping that in a 37 percent black district she would be able to match up with black Democrat NaTashia Carter Benoit in a runoff and squeeze white Democrat Jeremy Lacombe, the fundraising leader in the race, into third place. That didn’t happen, as Lacombe rolled up 43 percent of the vote despite the presence of two other white Democrats in the primary who combined to tally 10 percent of the vote. Fabre barely made the runoff herself, edging Benoit 23-22 – just a 109-vote margin. She’ll now have to eat into Lacombe’s vote in a daunting runoff challenge after Democrats captured 77 percent of the vote in a district Donald Trump and John Kennedy carried with 57 and 58 percent, respectively.

The third seat facing a runoff election will be in District 17, where Democrats Rodney McFarland and Pat Moore will vie for the seat formerly held by Marcus Hunter.

All told, these are mixed, though admittedly disappointing, results. Turner and Johnson being elected to replace Rob Shadoin and Chris Hazel, respectively, make the House considerably more conservative regardless of what happens in the runoff, and Bourriaque is thought to be more or less a “hold” as the replacement for Bob Hensgens in District 47. If Aucoin can win the runoff in District 62 he would be a third pickup for conservatives following Havard’s rather suspect voting record, and that would offset the disappointment if Fabre can’t make a major comeback in District 18.

But those two runoff elections will be major tests of Louisiana’s future, particularly with the statewide election cycle coming this fall.