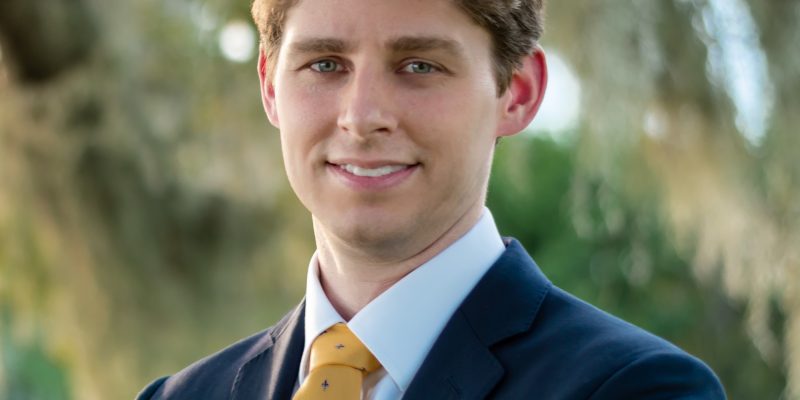 The race for State Rep. Reid Falconer is beginning to heat up. Attorney and former diplomat Richard Nelson has declared his candidacy for Louisiana House District 89.

Mandeville native Richard Nelson  has announced he will run for the District 89 seat in the Louisiana House of Representatives. Nelson currently serves as executive vice president of PMOLink, a consulting firm based on the Mandeville Lakefront, and also works as an engineer and attorney. The seat will be open as the current representative, Reid Falconer, is seeking a position in the State Senate.

“I’m honored to put my name forward to represent my hometown,” Nelson said. “I love this community, and I will fight to preserve and improve it. This election comes at a critical time for our state, and our district needs a representative who will be a force for change in Baton Rouge. I work for a small business and am raising three young children; there is no one more invested in the future of Louisiana.”

Before moving home to Mandeville, Nelson spent seven years as a State Department officer and diplomat in the U.S. Foreign Service protecting embassies overseas from terrorism and espionage. He served in Washington, D.C., Germany, and the former Soviet Republic of Georgia. Nelson is a graduate of Mandeville High School, LSU College of Engineering, and LSU Law School.

“Our tax money disappears in Baton Rouge, while we are stuck in traffic and our jobs move out of the state,” Nelson said. “I will make sure we get the road funding we need for our community and will bring real jobs to Louisiana by fixing our broken tax system. I have the energy, experience, and courage to get the job done.”

Nelson is a lifelong Republican. He believes his experience in the private sector as well as in government will make him an effective legislator. Nelson says he will work to improve Louisiana by championing issues like tax reform, infrastructure development, and empowering local communities. He and his wife, Ashley, have three sons: Michael, 5, Arthur, 3, and Jack, 9 months.

Learn more and get involved in the campaign at www.nelsonforla.com or on Facebook at www.facebook.com/nelsonforlouisiana.

Nelson is not the only candidate running for the seat. Former Marine and Tea Party activist Pat Phillips, who has run for the seat twice before, is also running as a Republican.

Reid Falconer is not seeking reelection. Instead, he is running for the state senate seat currently held by Jack Donahue.